And so the pack down has started. `Taff` has cooked his last meal for us, that being Friday lunch and has washed down the cook set and packed it all away. He now has to pack up the stuff he brought with him and take that back to the relevant places. He is doing a continental breakfast for everyone for Saturday’s breakfast which should be good, and means that he then can start his weekend. The Op Nightingale team will then feed from the twenty four hour ration pack which they will be issued by me after breakfast tomorrow. For now though they are on site in the freezing cold wind doing the recording of each of the trenches and items found. I know Dave found a bone sewing needle this morning which is brilliant. When all of the recording is completed they will collapse the site which will probably take today and a lot of tomorrow (Saturday). Tomorrow though they will need to blitz the accommodation and the building in which we have been eating, we need to leave them spotless or we risk not being invited to use them again and as you have seen, the buildings have been invaluable to the success of Op Nightingale for these past two weeks. I am now going to let you read another quote that have been written by students, teachers and/or soldiers that have been on this dig at CTA. 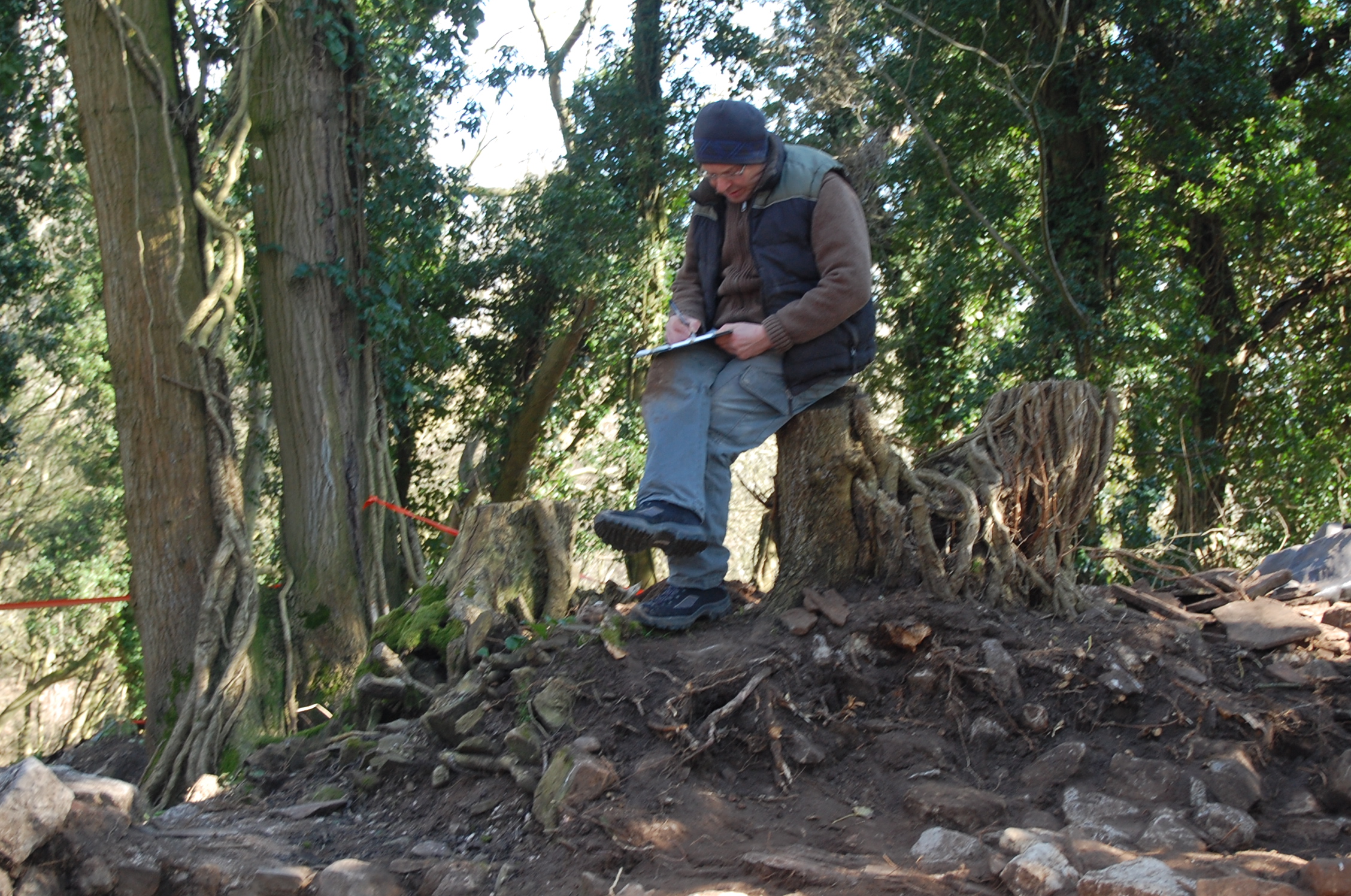 “Hi. My name is Phil Abramson and I’m the man from the Ministry, by which I mean I work for the MOD and it is my job to ensure that the site on the Caerwent Training Area is managed in the best possible way. Using Op Nightingale, Soldiers and University of Leicester students to carefully excavate parts of the Roman building provides essential  baseline information which we’ll feed in to the MOD condition assessment database. This all sounds very straight laced and serious compared to other Blog entries, but if I say anything rude or over the top it will invariably be read by other Men or Women from the Ministry and I will be in the doghouse! Any attempt at humour will probably fall flat-although my Wife says I have comedy in my jeans.

Working on Op Nightingale in the coldest March in one hundred years has been a real eye opener. Working under such extreme weather conditions, lesser mortals would probably have pulled the plug and buggered off a long time ago. But not so the Op Nightingale team. Fuelled by `Taff’s` remarkable meals, we soldiered on through the sub zero temperatures and bone freezing wind chills to achieve some remarkable archaeology. But even better than that was the fantastic good humour and atmosphere both on and off site. Even as I write this at 2.00am, the sound of laughter and booming music is shaking my bedroom walls and ……keeping me awake. Right, that’s it, I’ve lost what little sense of humour I had. It’s late. I’m knackered. I’m up early tomorrow and everyone except me is having a great time. I shall now get up and boll**k the Bast***s and make them work hard tomorrow.

Note to Blog editor. You may wish to remove the last paragraph. I think I come across as a bit mean. What do you think?

Last night with the recording done, the majority headed down for a shower at the country club while I sorted out some things at the accommodation. At around half past seven Darren and I headed down to the Indian restaurant to meet up with the rest for an end of dig meal. The food was excellent, it could have been brought out a bit quicker, well, a lot quicker actually, but when it did come out for us to eat it was lovely. It really has been a while since I laughed as much as I did at the dinner table. It was great to be amongst the military humour again, the somewhat inappropriate humour that would be misunderstood outside of the forces had me in tears, it truly was an excellent meal time. I called the Coach and Horses which had become our local to find out if there was time for us to have a drink if we left immediately which there was and so to that end, we paid our bill and headed to the pub. I made a point of saying goodbye to Mark and Ros who are the landlord and lady and thanked them for the use of their WIFI over the past couple of weeks and wished them all the best before Darren and I drove back to the Training Area.

The breakfast this morning was fantastic, `Taff` had done a continental breakfast spread of cheeses and meats, croissants and bread rolls. He was wearing the Op Nightingale hoodie which we had all chipped in to buy for him as a token of our appreciation for the hard work he had put in feeding us for two weeks, he really has made a massive difference for me. The accommodation was cleaned out really well. A good team effort of clearing the rooms of items, hoovering, brushing and mopping which was done on really good time. 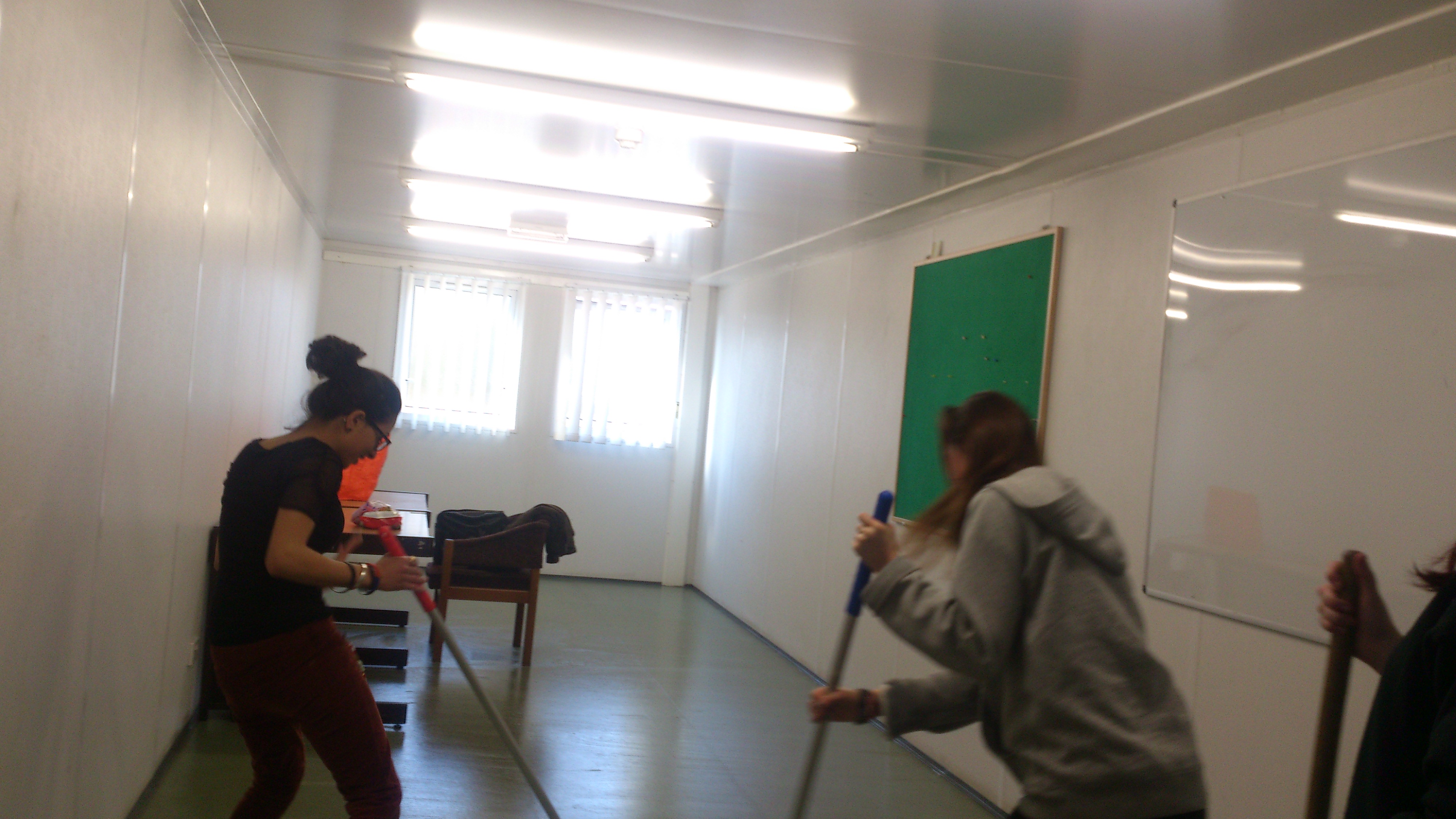 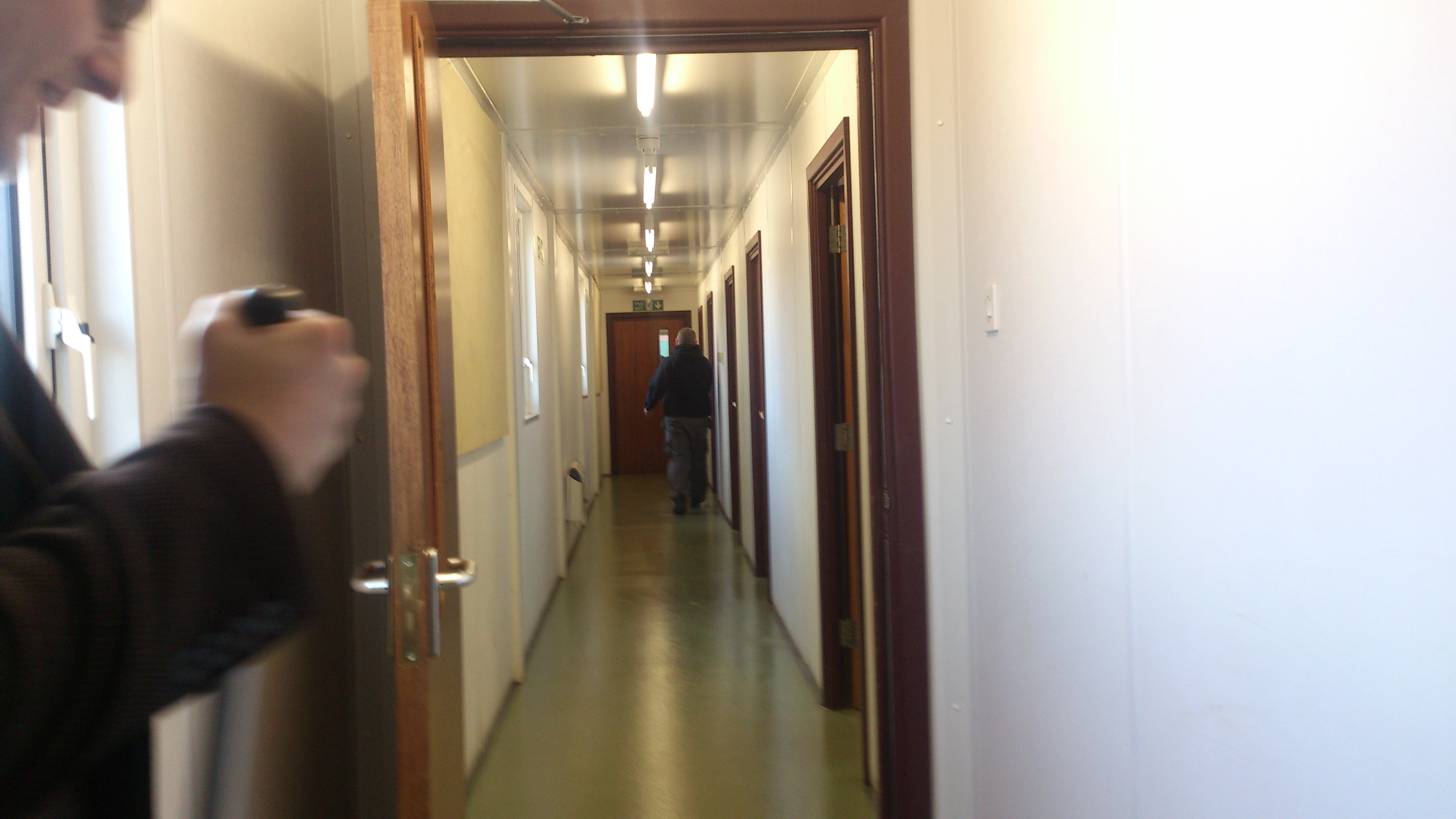 Accommodation clean it was just the building which we had been eating in to be squared away, this is also where any of the finds were washed and stored, these would need to be sorted, documented and those not required, disposed of. Everyone got this sorted within an hour or so and then it was time to say goodbyes and for everyone to head home.

So what have I got out of this two weeks, anything or nothing? I went away not knowing how long I would be able to look after myself and I have been successful in achieving this for the duration. I have carried out the duties of the Plt Sjt as far as was required which was less than I had done in the field but things still had to be done. I carried out the duties of the CQMS, again in a lesser role than would be required in the field but never the less, I had done the job as required. I had listened to “confessions” and sorted out problems, I had listened to concerns and kept everything running smoothly but had I got anything out of the two weeks. The answer is Yes. I got to spend time with an old friend. I got to meet new people of which I know a few will grow in to good friends. I proved I could live away from home and that I was capable of doing the jobs I had been given. It gave my Wife a break from me being at home which she has definitely earned. I hope that more people who were on the dig will send me their perspective on how it went for them and if they do I will share them on here. Thanks to Op Nightingale for the opportunities over the last two weeks, and to the people I have met for their new friendships.

Now it is life back to normal, I have phone calls to make and e mails to write, things to arrange and things to cancel. I also have to look at vehicles in order to choose the correct one for me to drive. I need to begin the letter writing for me to organise the next fundraising activity which I want to sort out sooner rather than later so that there is as much time as possible to raise as much money as possible. For now though I am tired and I am off to my bed. Thanks for reading. 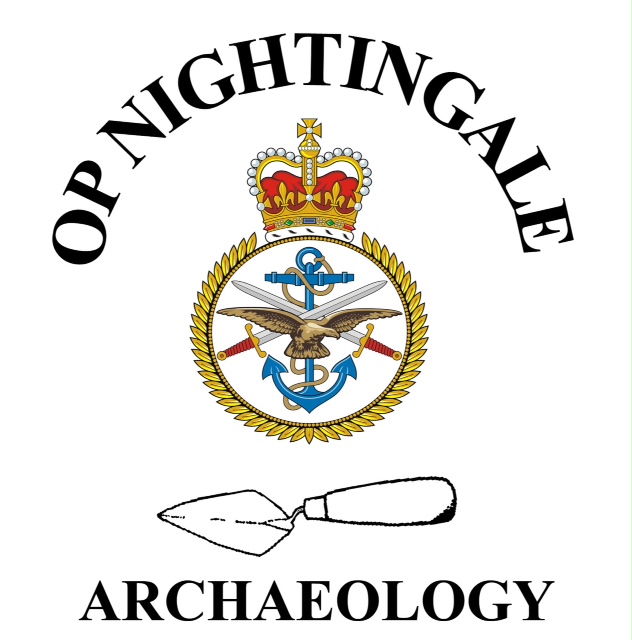