A visit to the tank museum.

Today we had our usual daily meeting to `debrief` on the previous days happenings and then we loaded up in to a few vehicles and headed off to the tank museum at Bovington. I had wanted to visit for a long time and nearly did in 2004 but a problem that my friend was having meant I had to turn the vehicle around and I had not tried again since. We arrived at the museum, parked up and waited for the minibus to arrive as it had my wheelchair in it and upon its arrival we all got out of the vehicles and made our way to the entrance.

To the left of the entrance was a `gate guard` which sat very boldly and gave an impression of what we would hope to find inside. 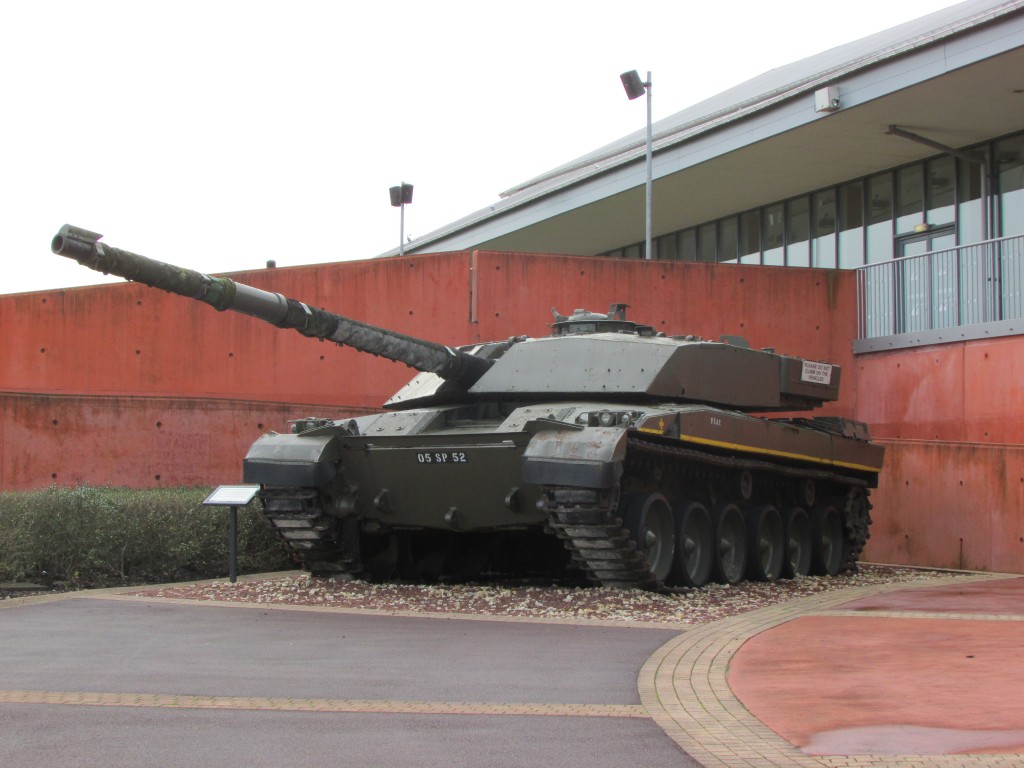 We made our way inside and assembled in the entrance lobby which was opposite the gift shop which was the exit from the museum. Whilst waiting we had a look briefly at the kind of things which were for sale to kill a bit of time and then we reassembled as our guide had arrived. He was a short chap who worked in several parts of the museum. He was a guide, he worked in the armoury cleaning the weapon systems and also was a demonstration driver. Part of his job was to maintain and drive some of the vehicles, hard life eh? We followed our guide in to the first area which was effectively the history of the tank, how, when and why it was invented and how it developed. Here are a few pictures of the development but not so many that you don’t have to visit yourself! 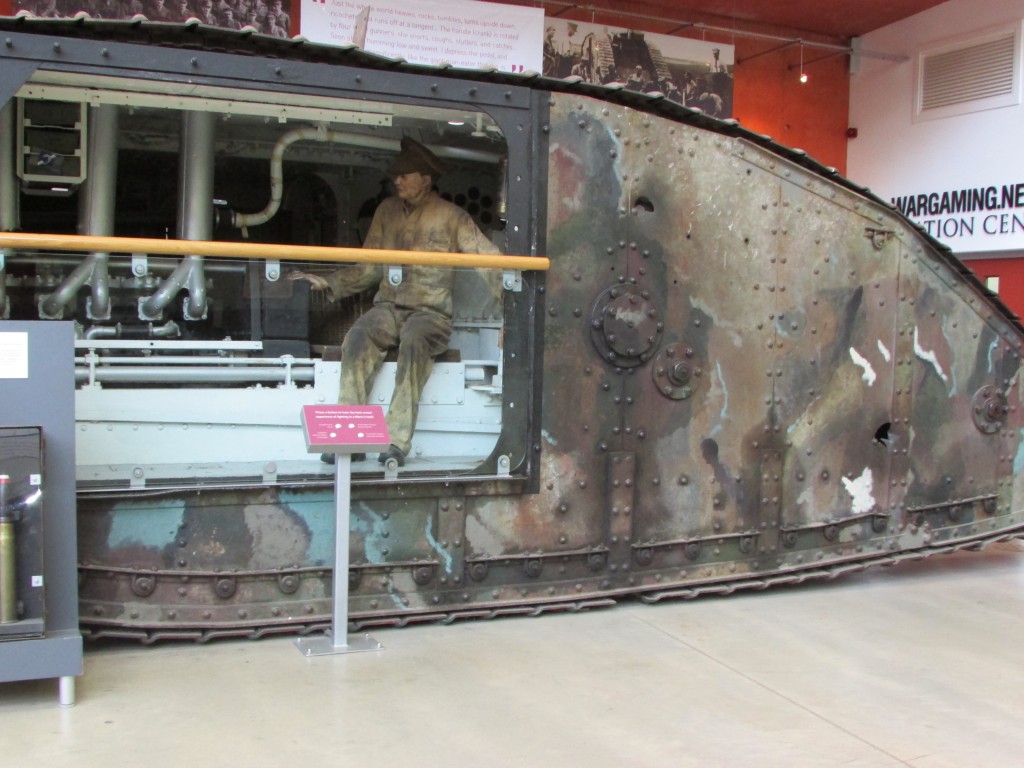 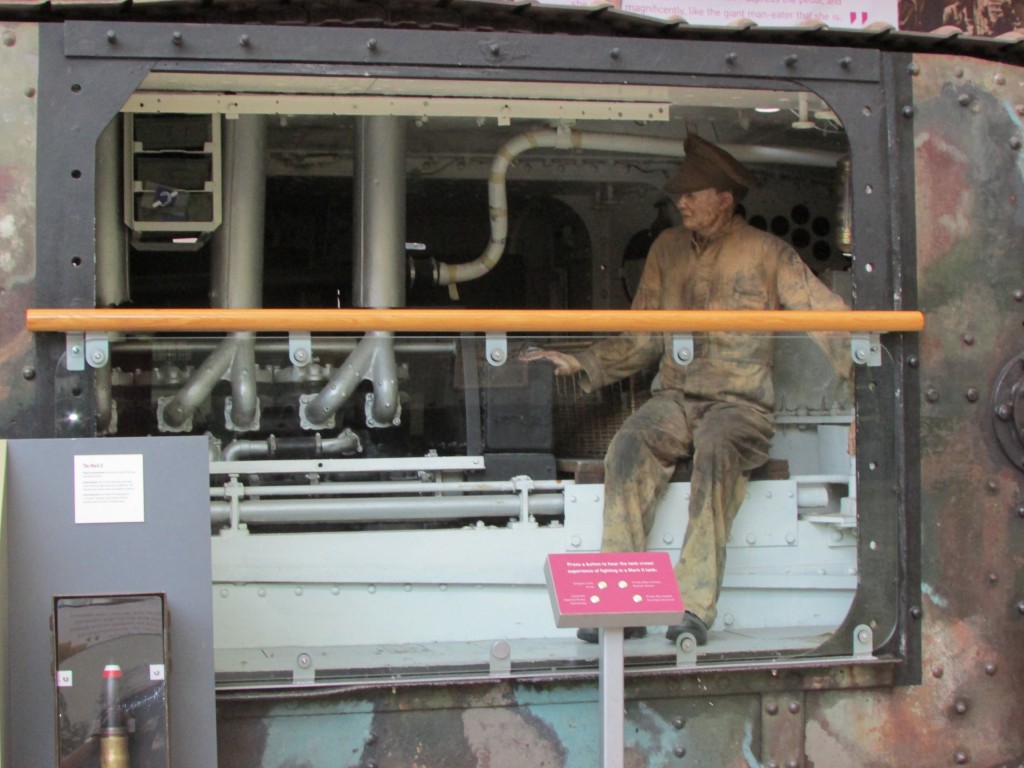 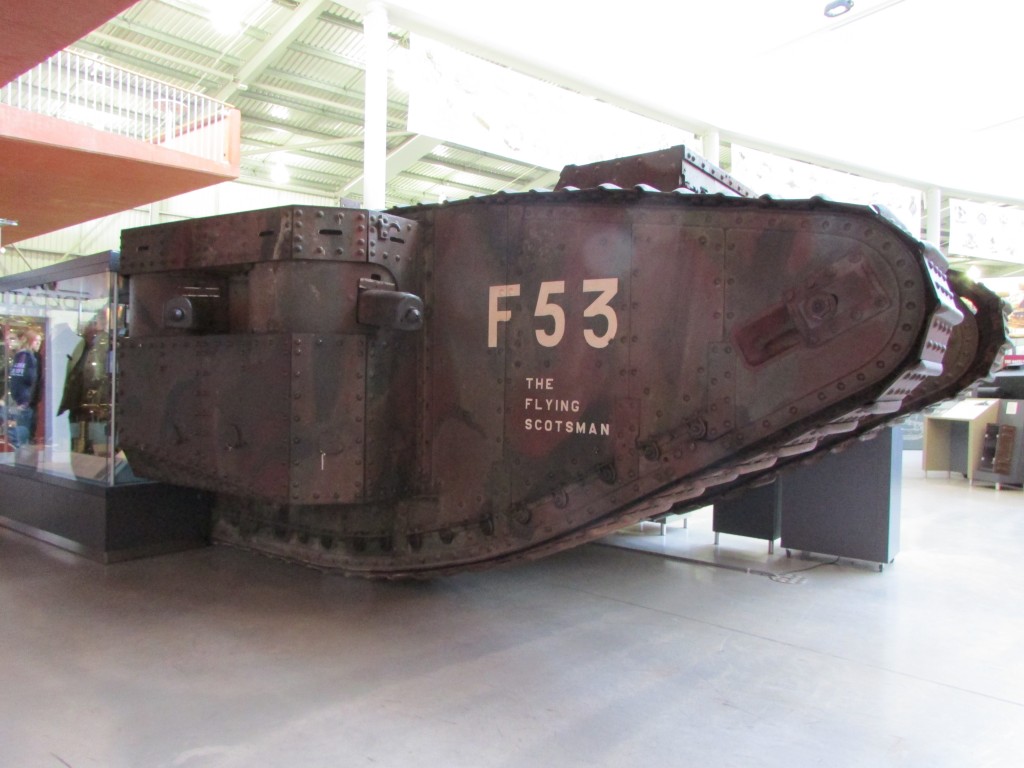 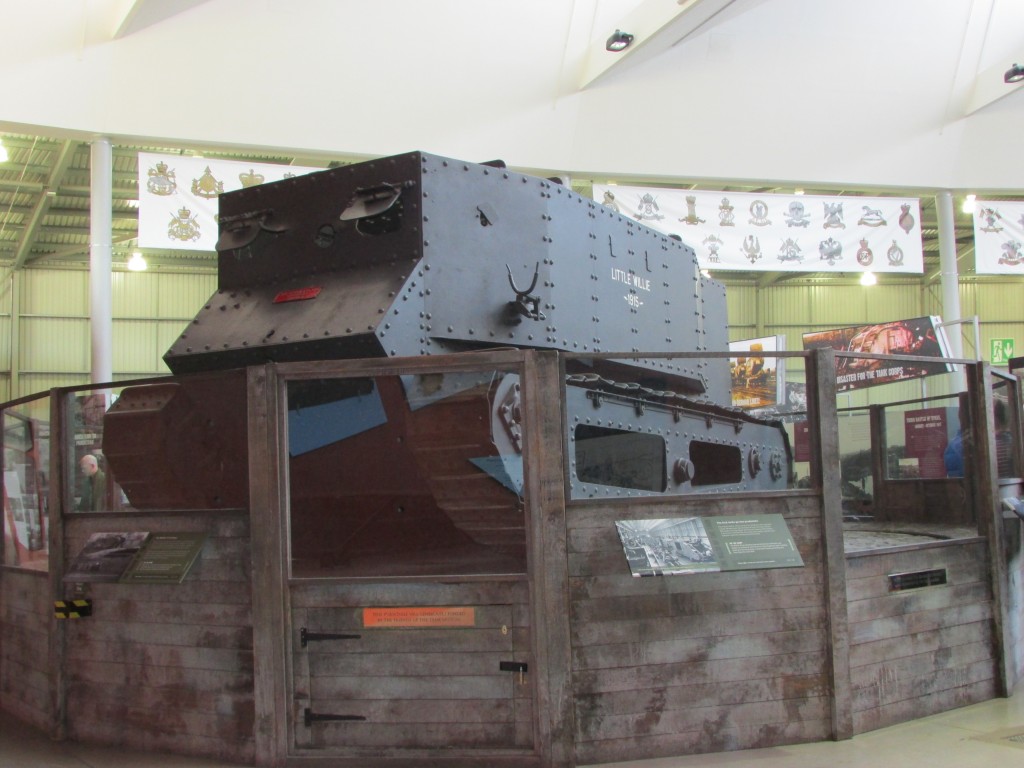 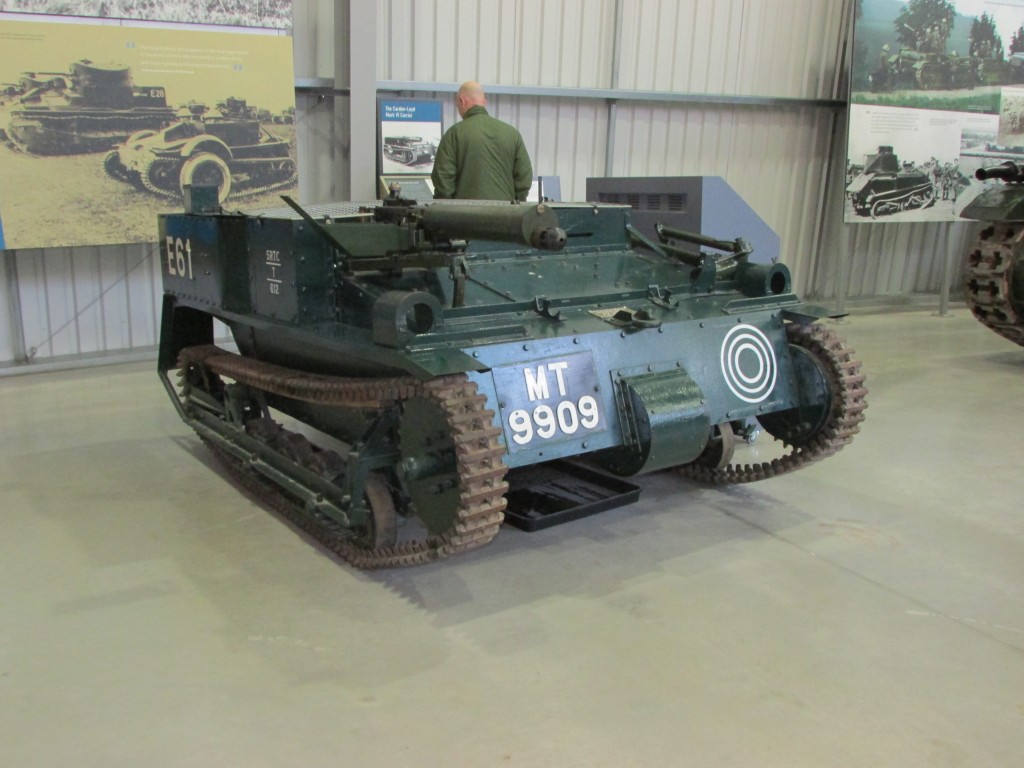 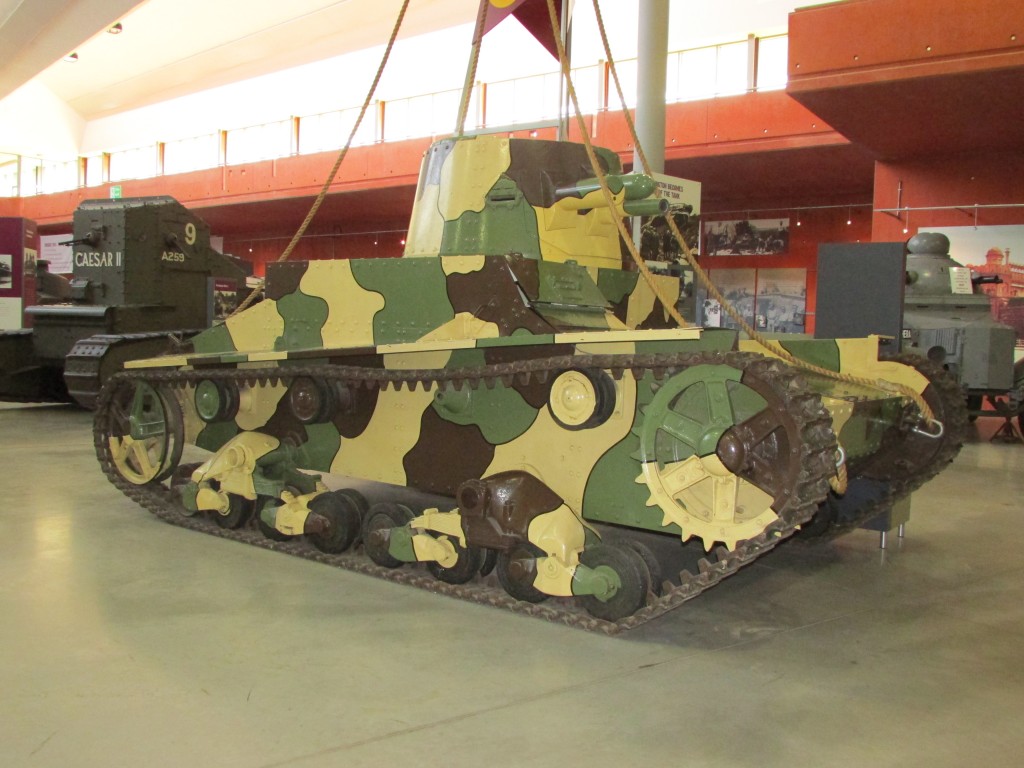 Our guide was an encyclopaedia of all things tank. He knew everything from when and where they were built, how many crew, how they worked and the speeds. He could also tell us about the weaknesses and strengths, an excitable guy whose knowledge was quite phenomenal. The tour was quite quick as we had limited time and they had a special treat for us but I still got a great deal of information and photographs of the room we went in to. With the tour of this part finished we headed up to the cafe area to eat and have a drink and then we were asked to accompany the guide once again except this time we would be going outside.

We made our way down to the entrance and exit doors and began to make our way over to a large building with Vehicle Conservation Centre in large letters on the side of it but on the way, just outside of the museum entrance I stopped to take a look at the memorial that they have paying tribute to those who have made the ultimate sacrifice whilst serving in the Household Cavalry and the Royal Armourd Corps, on operations since 1944. 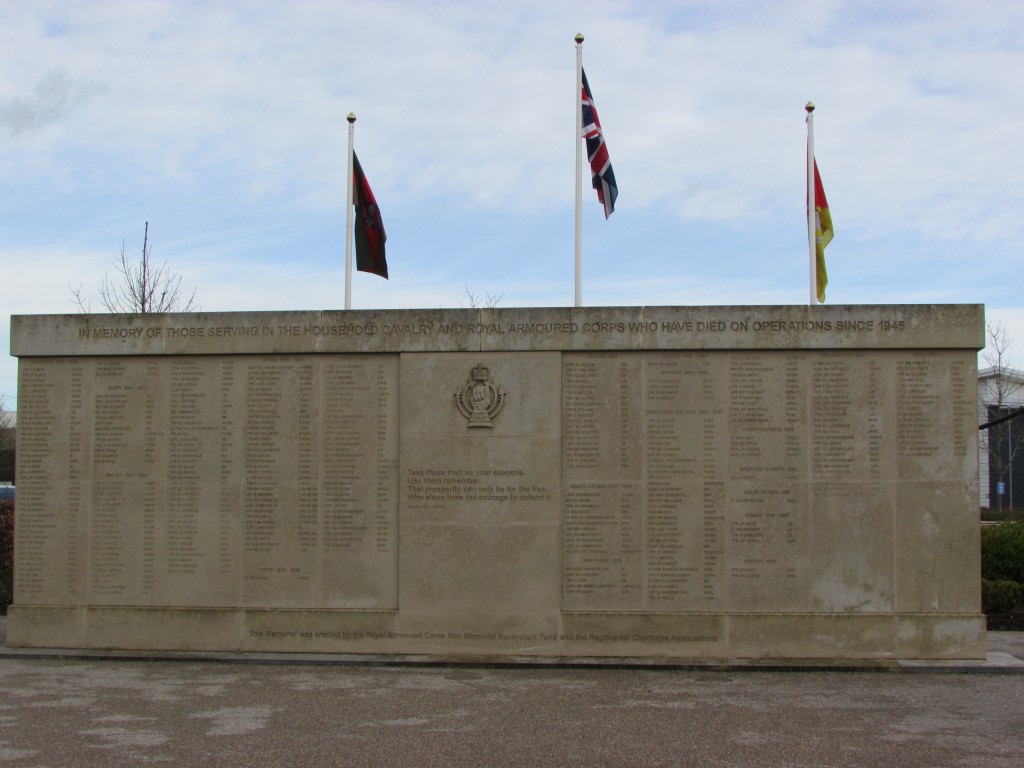 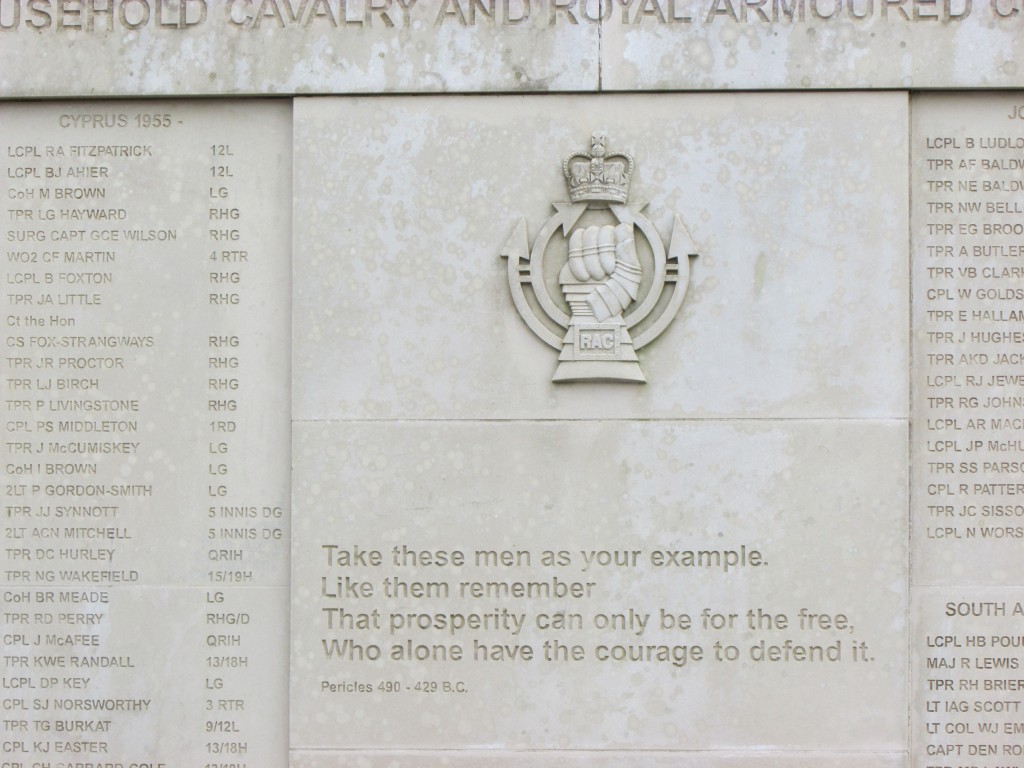 It is engraved with a great many names.

I left here after a short while and joined the rest of the group at the afore mentioned building. The building was funded by the National Lottery and it is where they can safely store the tanks not on display without fear of them having to endure the elements resulting in decay. 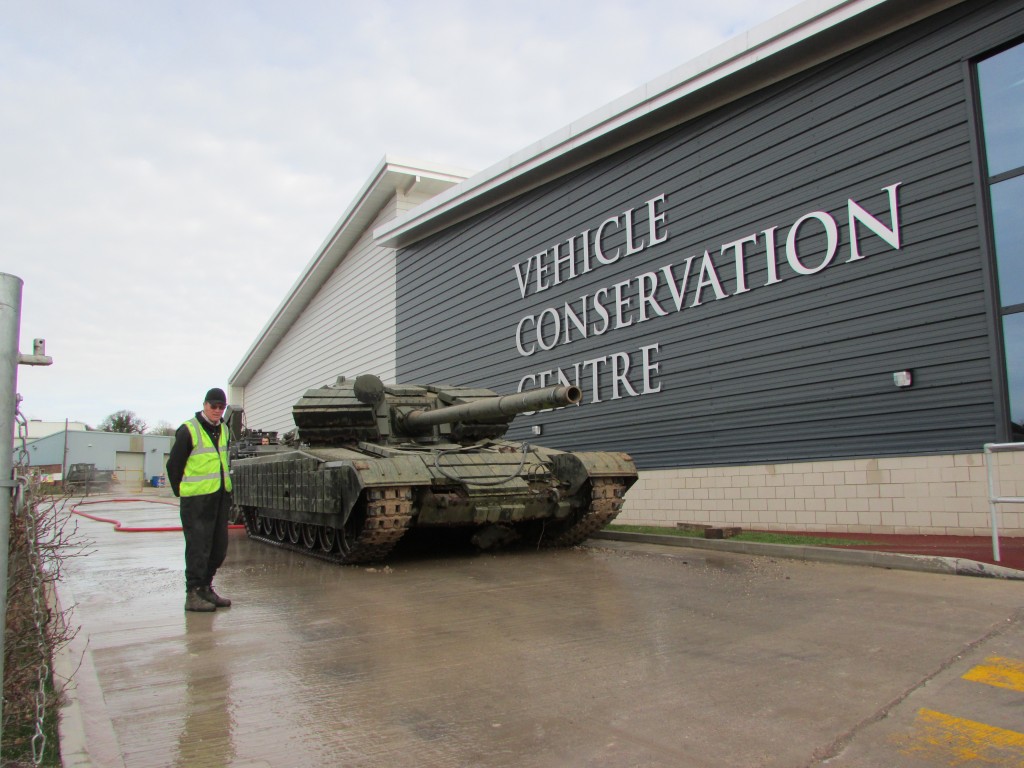 As you can see in the picture, they were washing this one down, someone must have been out playing!

We were privileged to be taken through and on to the floor to see the vehicles up close. The normal viewing area is on a balcony overlooking the entire hall but we were able to get a much better view and also our guide gave us talks about some of the vehicles. Some of them run, some of them are to be traded for other tanks for the museum and others are simply being stored, but there are a lot of them…a lot. Here are just a few. 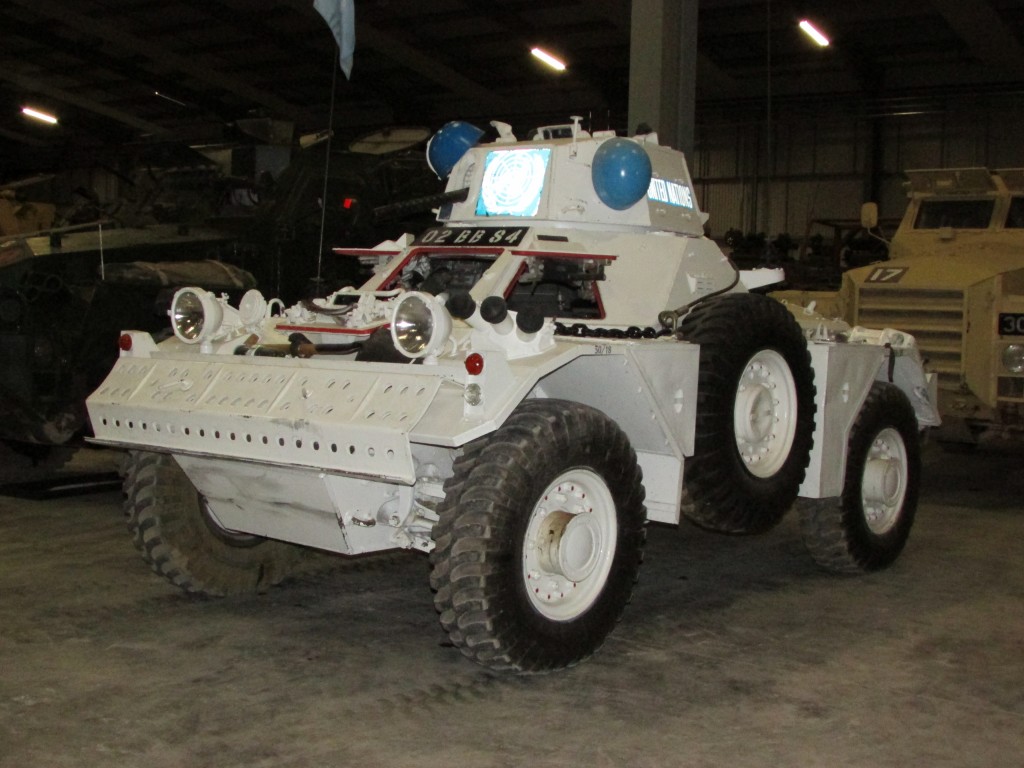 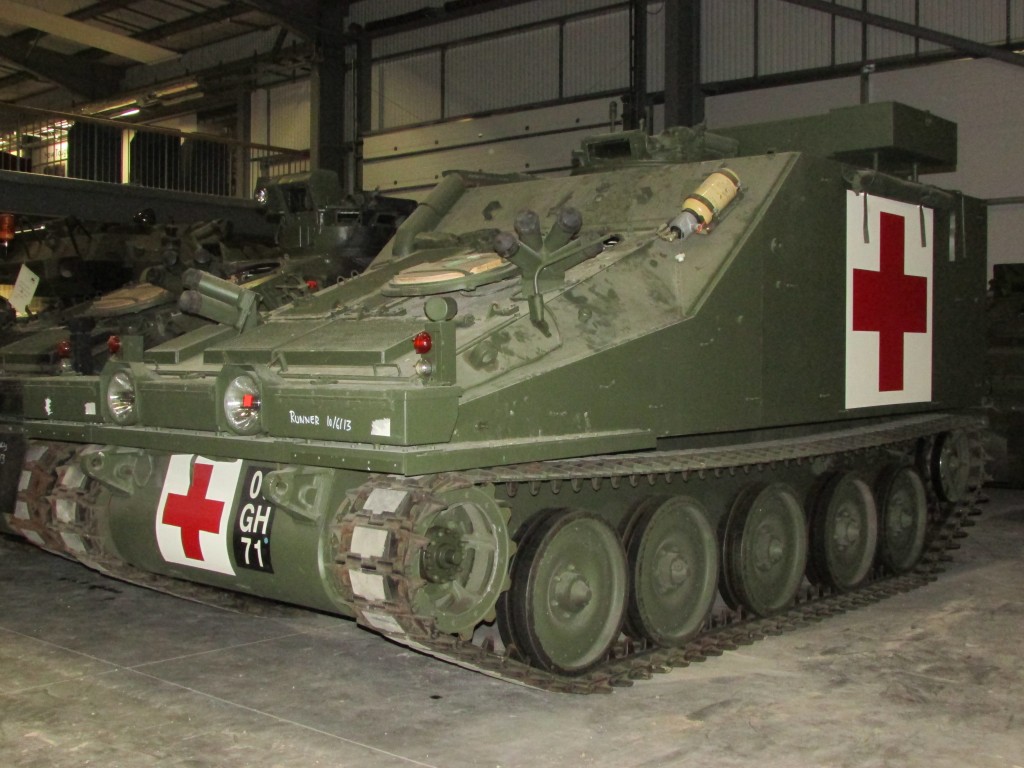 This next one looks like a TOP GEAR project. 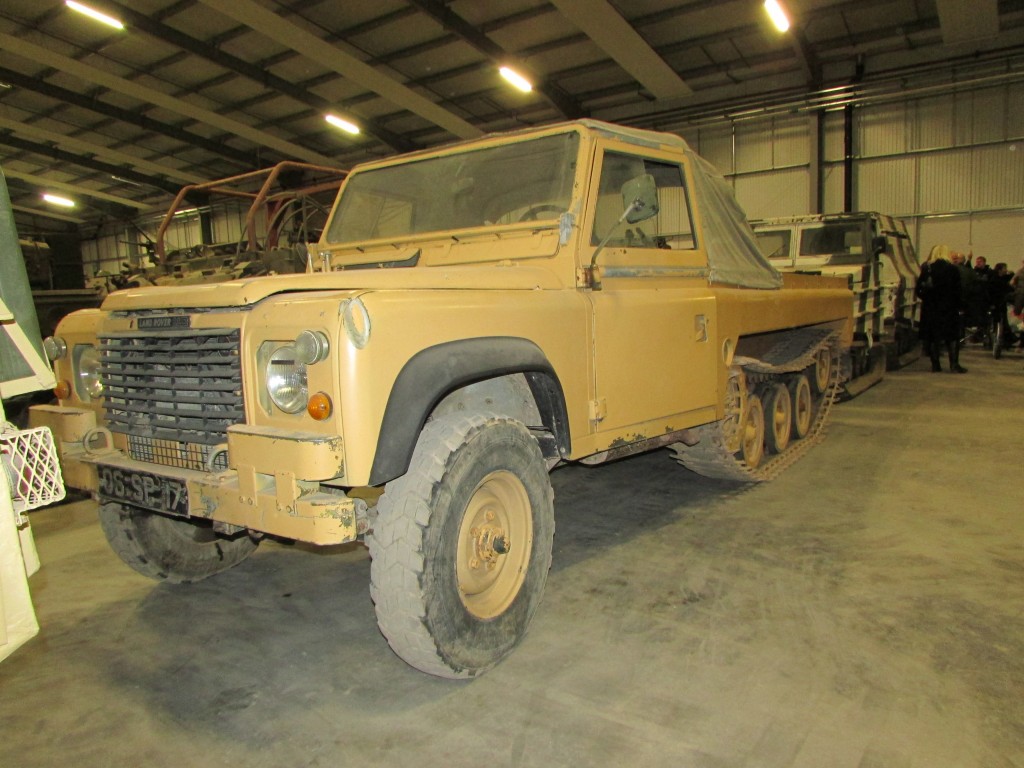 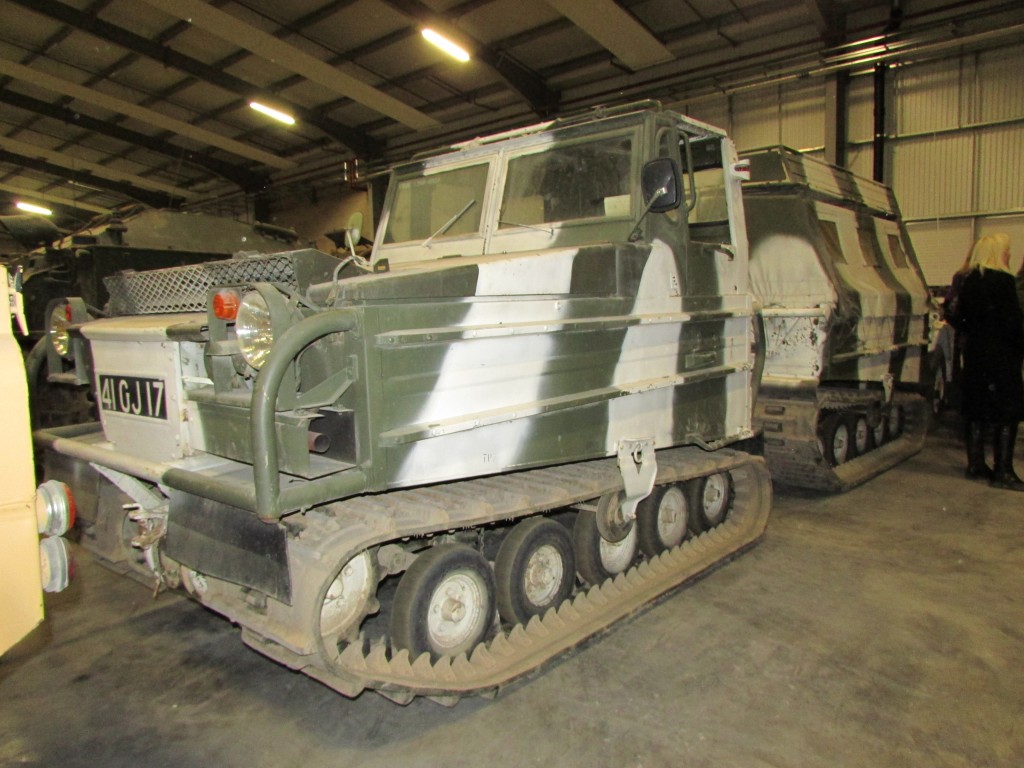 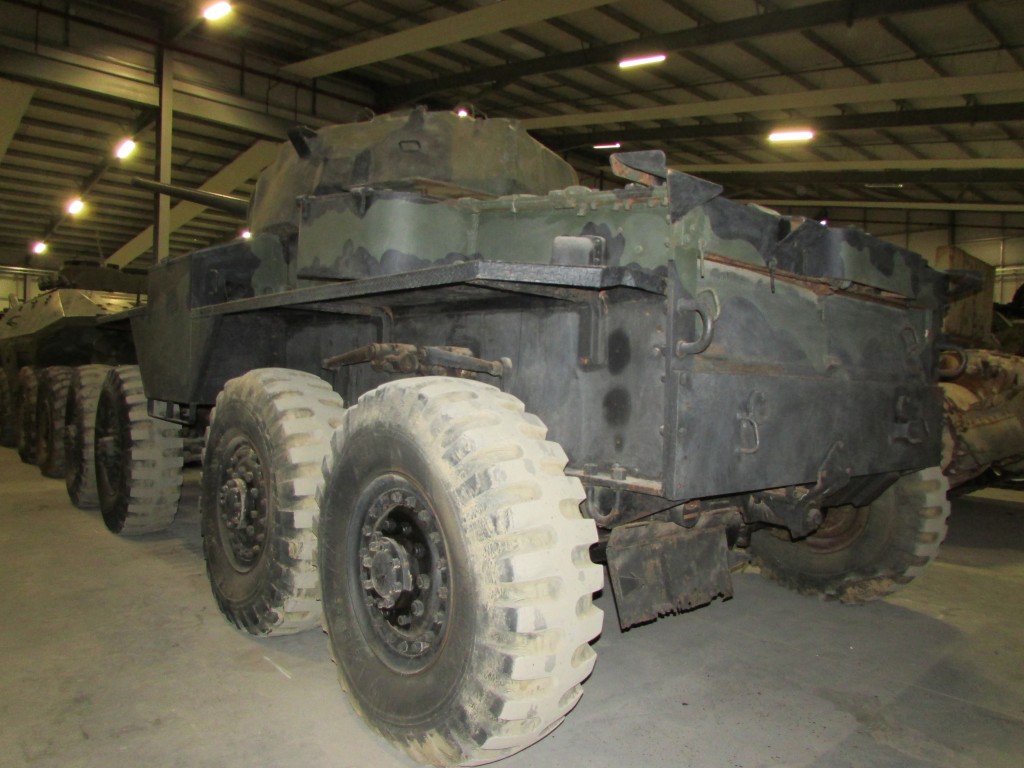 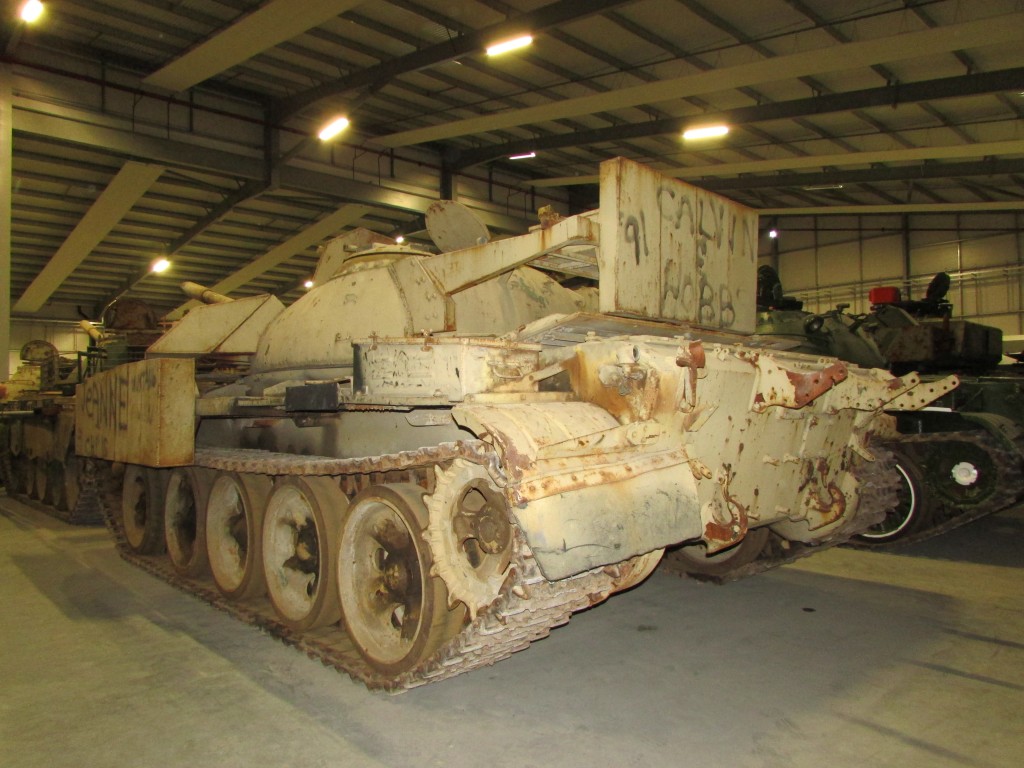 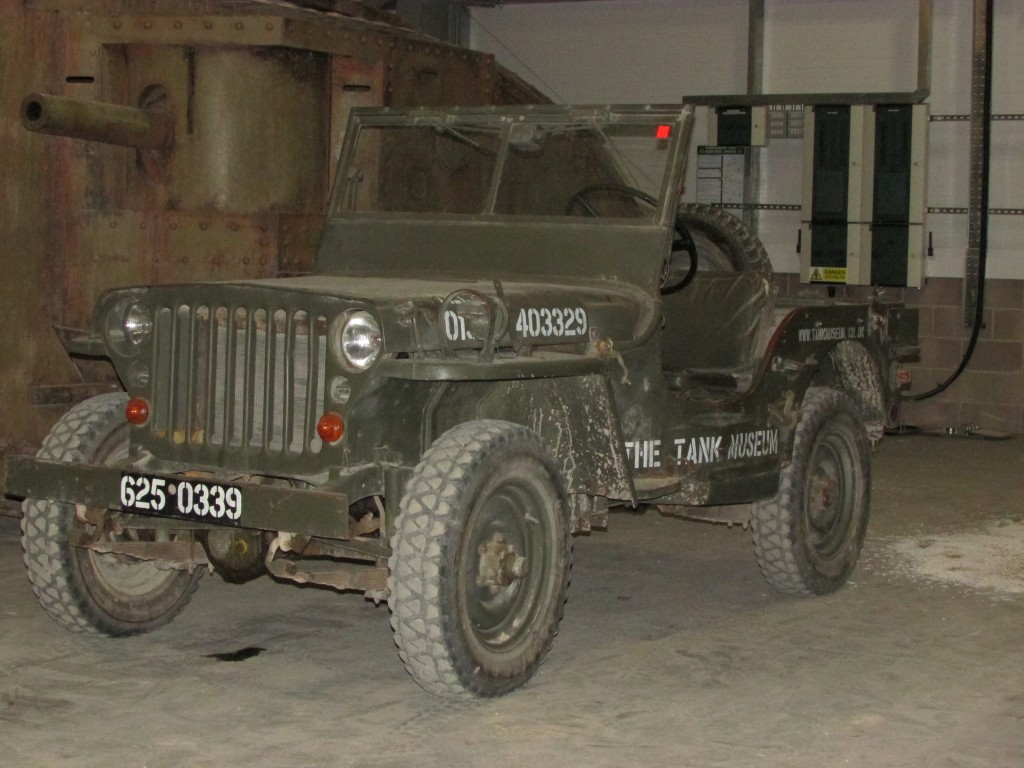 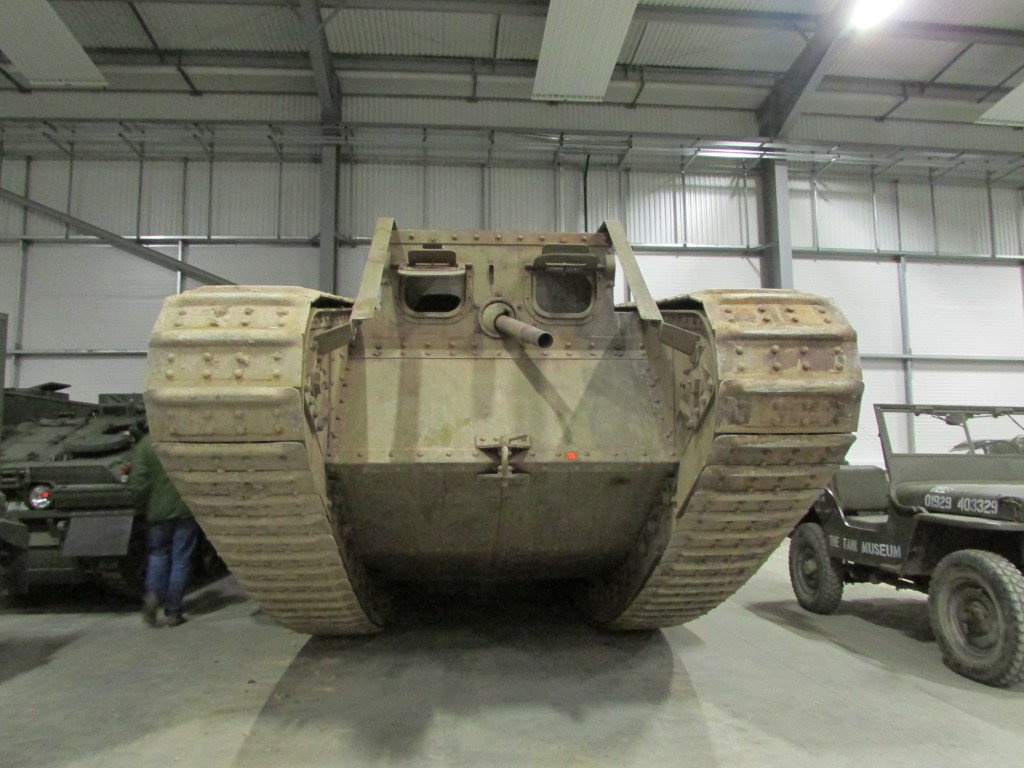 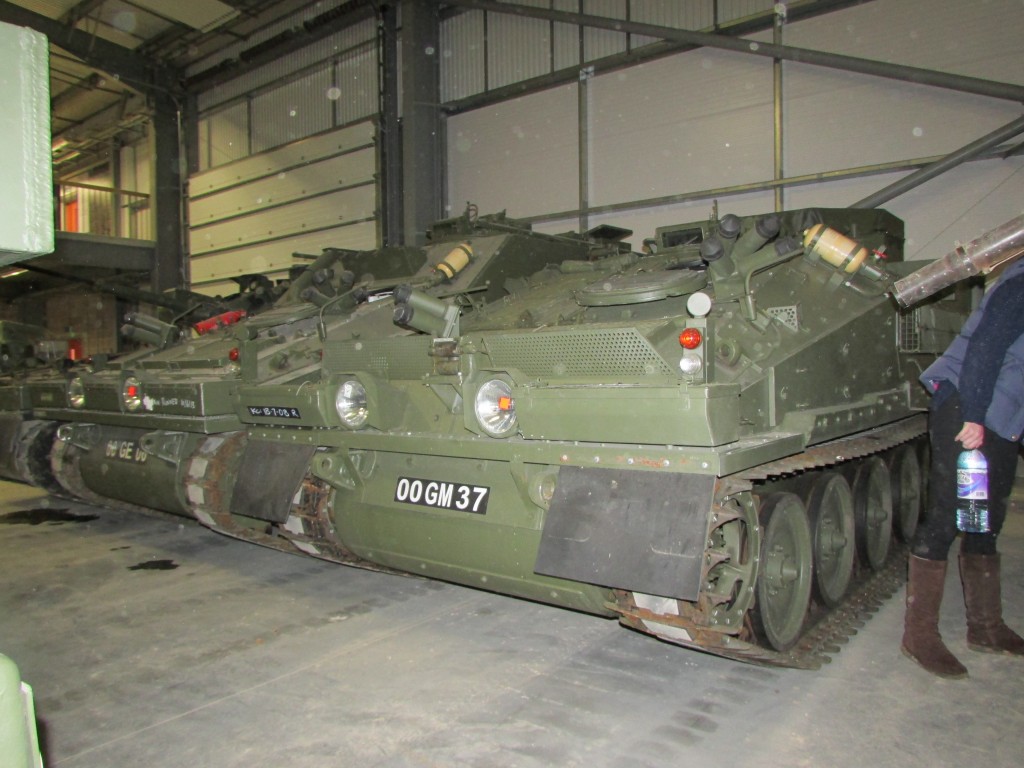 Our visit concluded without there being enough time to check out the rest of the museum which I was not disappointed about as it means I can return, maybe with my children and look round everything at a much slower pace and read the information. It was a bloody good visit though. We loaded back in to the vehicles and made our way back to Tedworth House.

We arrived back and I had around an hour before I had an appointment on my schedule for a massage with a lady called Eve. I was unsure of how successful this would be after my massage earlier in the week but went along as it had been arranged. I entered the room and Eve explained to me the different types of massage she could do and asked me which I would like. Having not had any massage like this before I left it to her especially as I would have to remain in my wheelchair. Her massage that she had chosen to do did not require pressure and as such seemed to work quite well. I did not need to try hard to stay upright in my chair as I needed to rest against the back of my chair anyway. The massage worked on my shoulders, upper back and neck and ended with scalp and face. It was seriously relaxing and as a result I have booked for the same next week when she is back. I asked her about her massage and where she is based, also if she advertises or has a website. Eve has home visits and also has a website and so for anyone who is in the Basingstoke area, and you may be in need of some relaxing massage or maybe in need of your muscles being stretched off or relaxed then here is her web address so you can find out more.