Out with ABF The Soldiers Charity.

One of the charities that assisted me in purchasing my Overlander was ABF The Soldiers Charity. Last week some of the staff from London and Exeter travelled to meet me so that they could see how it allows me to go out in to the forest and the fields which would simply not be possible in either my manual or powered wheelchairs. We went to the woods where we regularly take the dog for walks and the kids to play, Castle Neroche, where Naomi the photographer could take a few shots of me using the Overlander which the press team could use in their fundraising campaign.

The weather was much better than first thing in the morning when it had been raining REALLY hard, to the point that I had messaged the London team to check that they wanted to make the journey but they had and as it was the gamble had paid off. The forest floor was obviously holding the remains of the mornings downpour but this only aided in showing what the Overlander was capable of. To get the Overlander to the forest, my Dad had come up from Bournemouth to help me which was even better because it was actually the first time that Dad had seen the Overlander in the environment that it loves and gave us a chance for a catch up whilst we were all out. 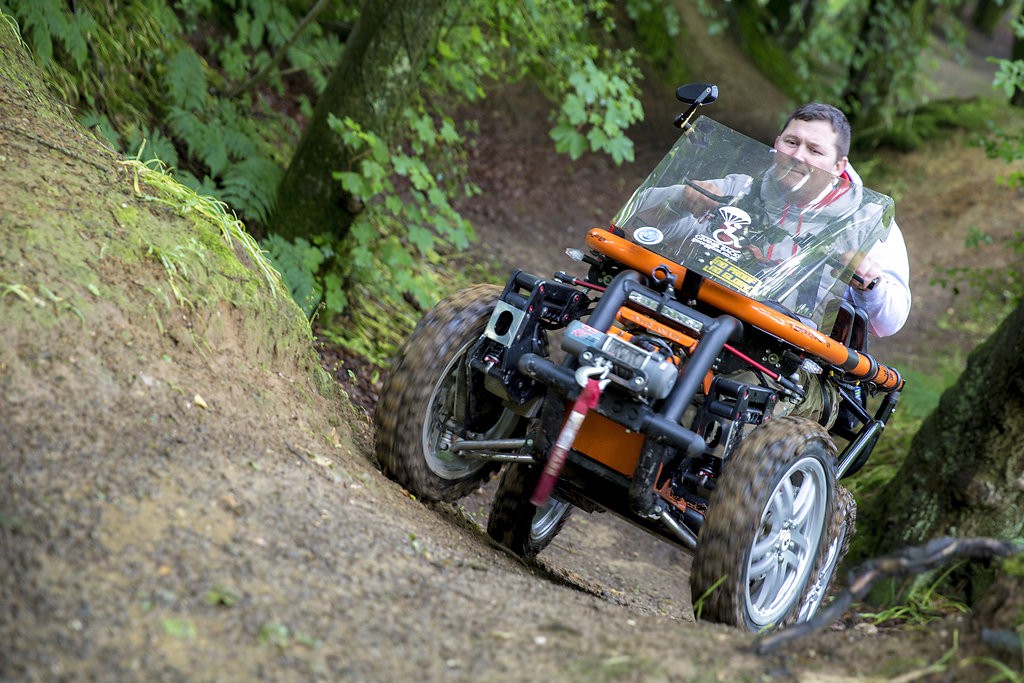 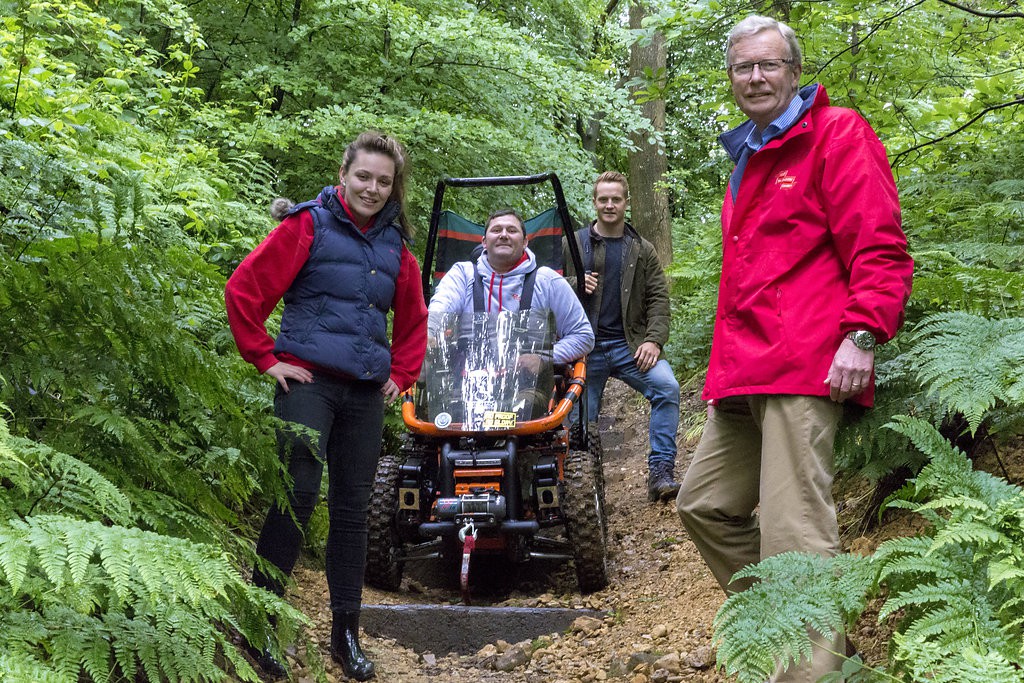 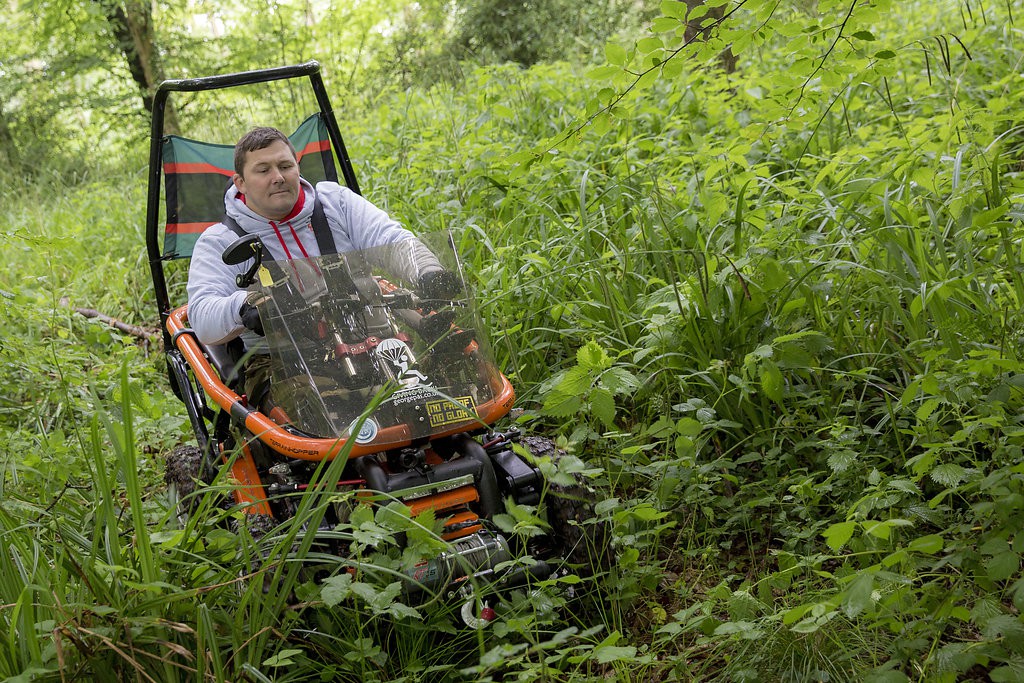 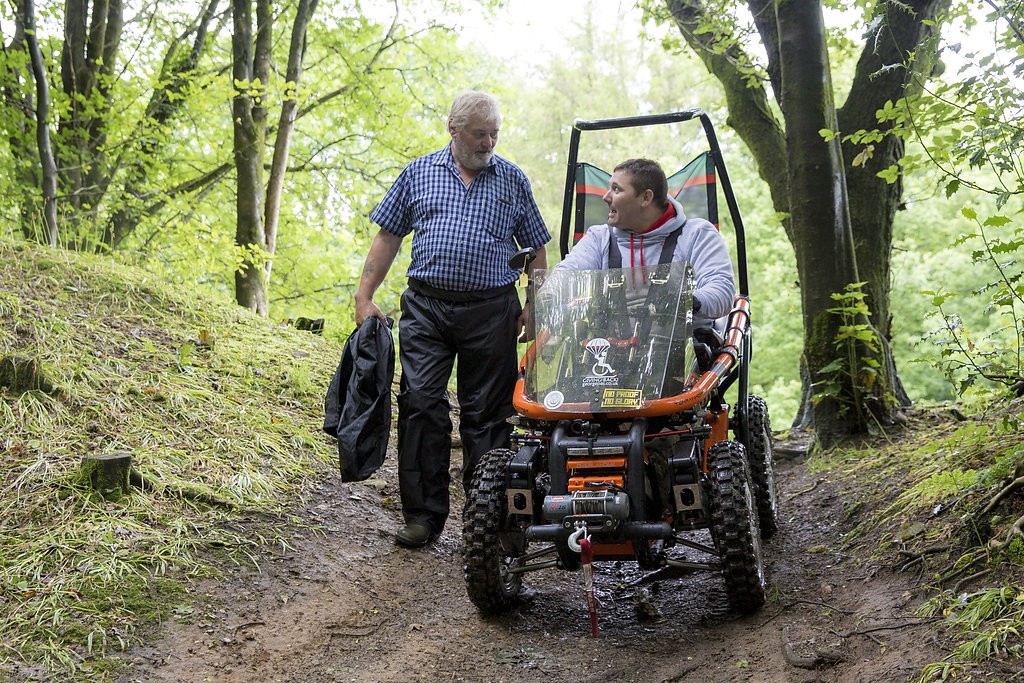