Three wheels on my wagon…

Every so often life throws you something to check that your sense of humour is still working. My last entry told you of my wheel falling off of my manual wheelchair and trapping me in my chair in my bathroom for twenty or so minutes, which also tore a hole in the lino and also aggravated my shoulder. Well today I called the company responsible for the maintenance of my power chair to report a couple of things that I needed them to look at for me by way of some preventative maintenance and they arranged to come and sort it on Friday. Happy with the arrangement I got in to the power chair and headed up to town to get a few things. To get in to town I have four crossings to make, two crossings have traffic lights which for the most part are not ignored by drivers but the final set are far more like the starting grid of a race track. Suffice is to say that I never cross this road unless the lights say that I can go. I have lost count of the amount of cars and even lorries that have jumped the lights for whatever reason, hence my caution when using it.

I had completed three of the crossings and was around five minutes from the final crossing when my power chair juddered like there was something jamming the wheel. I stopped and looked as best as I could but nothing seemed obvious so once again I started to roll forward. I had travelled but a few meters when the juddering started again but before I had a chance to stop moving there was a loud noise like metal snapping and the chair stopped. I turned the chair off and leaned forwards to try to view the front wheels. Immediately I could see what the problem was. The front left wheel, which was one of the concerns I had reported just before leaving the bungalow, had snapped off at its mount which was clearly not good but by a stroke of sheer luck, when it snapped off and I continued to roll forwards briefly, the wheel stayed upright and the chair fell on to it which meant that it did not fall forward. Had it not landed on the wheel then it would have tipped forwards and left which would have caused me to fall but as I am strapped in to it, it most likely would have resulted in me being on the floor with the chair on top of me.

Unable to move I made the call to home hoping that my Wife would be there, which fortunately for me she was at home and came to the rescue. I had to transfer in to my manual chair which is also awaiting repair and as such is restricted to use inside the bungalow (after what happened last week) and then my Wife had to drive the power chair in to the “Chucklebus”. There was a harsh realisation that if we did not have the “Chucklebus”, or had she not been at home, I would have been somewhat stuck. I thought also of what would have happened had I been making the final crossing. I would have been stuck in the middle of the major road and I am not entirely sure if many would actually stop to help. I really do think that some drivers would simply have driven round me…if I was lucky enough for them to see me! So there is another problem that I thought I would share with you. Fortunately I was in the town where I live, with a vehicle that could move the wheelchair and my Wife was at home to help. So many times I have caught the bus to Taunton, and if it had happened there I think it is safe to say that I would have been up a certain creek without any paddles! 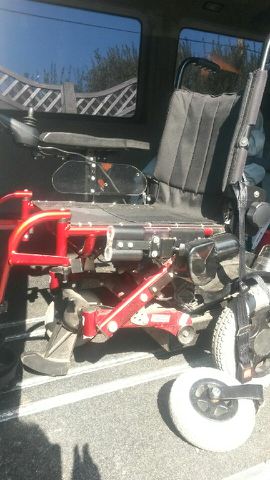 On a different note. On October the 10th, I am going to attempt to get to the top of Ben Nevis and Scarfell Pike. Accompanied by three of my very good friends and my eldest Daughter, I am going to get as far up these two mountains as I can to raise money for three of the military charities that have helped me since a road traffic collision left me paralysed in July of 2011. Without these charities I don’t know where my family and I would be. Please visit my fundraising page and donate as much as you can so that these three amazing charities can continue to help other members and veterans of our Armed Forces. 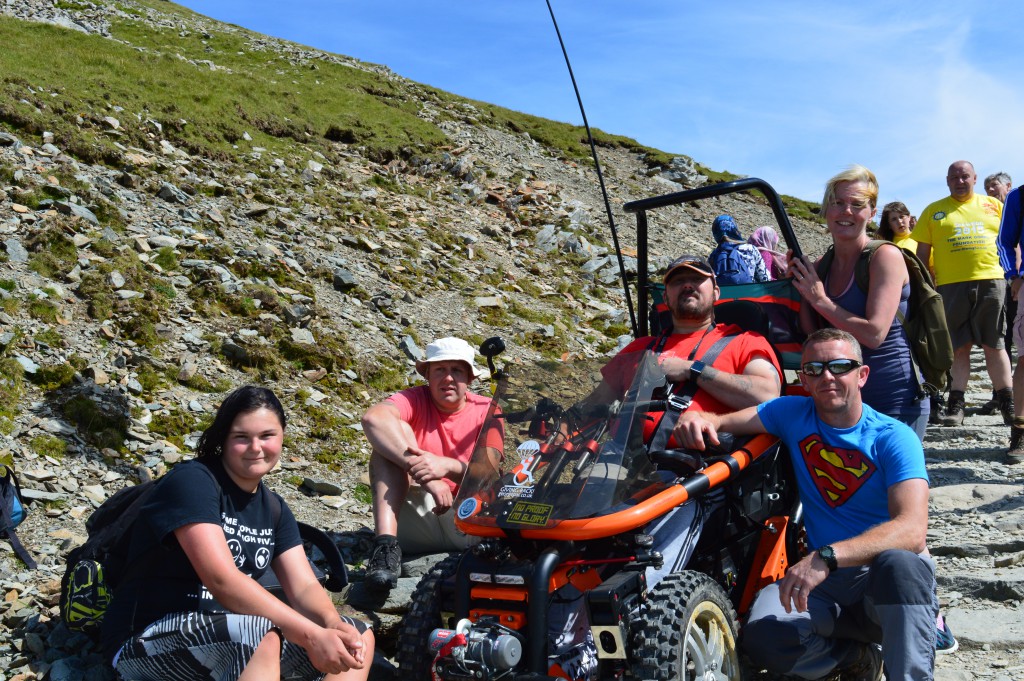 My attempt on Snowdon with very good friends and my Eldest Daughter. Have a read of how it went www.georgepas.co.uk/blog/attempt-of-snowdon