On the afternoon of the 28th of this month, a friend of mine Sean Fenton and his friend Rob Ross will be really pushing themselves by driving me to the three highest peaks in England, Scotland and Wales. The Overlander is with Terrain Hopper at the moment having some extra batteries fitted to give us the best chance possible for range and giving it a general check over before I attempt my `challenge`, so what’s happening as there is not long to go now.

The Plan; Thursday evening on 28th August 2014, we will depart for Fort William in Scotland driving through the evening until we arrive at some point in the night. For whatever time we have we will be sleeping until we awake for a breakfast which is likely to be a ration pack meal in true Army style and then early on Friday morning the 29th August, with Sean and Rob walking with me to assist where required, find routes for me to follow and to ensure my safety, I am going to attempt to drive my Overlander 4 to the top of Ben Nevis, which is the highest mountain in the British Isles standing 1,344 meters (4,409 ft) above sea level. 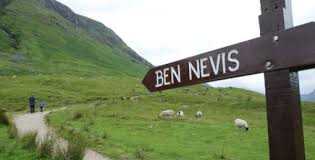 Having climbed as far as the Overlander will let me which I hope will be the top, and having taken many, many pictures, we will head back down and load back in to the “Chucklebus”. From where the “Chucklebus” is parked at the base of Ben Nevis we will head off to the beautiful Lake District with Sean and Rob sharing the driving. Once we arrive in the Lake District we shall again get as much sleep as is possible until another military breakfast in the morning. Getting as early a start as we can on Saturday morning again with Sean and Rob assisting me, I will attempt to drive to the top of Scafell Pike, which is the highest mountain in England standing 978 meters (3208 ft) above sea level. This is one of the most difficult to get to the top off due to the terrain when walking so it will be a real tester for me and the Overlander. When we have climbed as far as is possible and taken many, many more pictures, we will again return to the “Chucklebus” and make another road move with Sean and Rob again sharing the driving as we head to Wales. 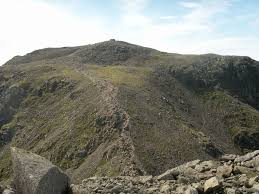 On arrival it will of course be a repeat of sleep and breakfast until  first thing on Sunday morning again accompanied and assisted by Sean and Rob, I will attempt to get to the top of Snowdon, which is the highest mountain in Wales standing 1085 meters (3559 ft) above sea level. As high as the Overlander will take me we will again get some pictures and head back down to the “Chucklebus”.

As I have mentioned throughout, I will be accompanied by my friend Sean from the military. I have known him my whole TA career and regard him almost as family. An infanteer his whole life, an outdoor person in the true sense of the word and a mountain leader. And also Rob, a friend of Sean’s from when they were in the Army. A guy who despite never meeting me, travelled to the Pen-Y-Fan to join us on our trial of the Overlander to see how it would cope climbing, which went well as you know as we got to the top. So if I was going to attempt to do the three peaks, I can’t think of two better blokes to go and try it with.

This “challenge”  is to raise as much money as possible for the service charities which have helped me so that they can use the money that I “Give Back” to them to help others in need. I know that money is tight for everyone but please, even if you can only donate a pound, it is a pound more than we had to go towards the grand total which will be split between the charities. Please support my challenge by sponsoring me which in turn will support the charities, their work is vitally important to the military personnel not just from today, but those of yesterday and those who will need help in the future so please give as generously as you are able by clicking the link to my donation page at the end of this page. In anticipation of you donating may I say thank you.

Your donations are gratefully accepted.