I was up at 06.30 on Saturday morning, I got washed and with my Wife’s help to speed things up a bit, we got me in to my uniform. Darren was due a little after 07.00 with his girls who would stay with my Wife as Tabatha was at work, when she had finished her night shift she would go home and freshen up and then walk round to the bungalow. My Wife and Tabatha would be taking the kids out and spending the day together while Darren and I were out. Just past 07.00 Darren arrived with his girls looking like they could do with a bit more sleep but instead they chose to have some breakfast with my kids. While the kids were eating, we said goodbye, loaded in to the Chucklebus and set off on our way to the place where we had been told to meet up.

We arrived at the meeting place bang on time, 09.00. We had been fortunate with clear roads and very little traffic, and on arrival at the meeting place we parked up and we both got out of the Chucklebus. We made our way over to the crowd of people and I introduced Darren to those I recognised. It was great to see Graham from the Liberator bomber dig there, Richard who is the co-ordinator of Op Nightingale I believe, was obviously there and it was really good to see him again. There were others that I recognised and then from the crowd of people came my mate from our first tour. With the introductions done, it was explained what the dig was about, what we were looking for, as we were on the wrong end of an artillery range we had a safety brief and were introduced to the ATO team, the guys who would be responsible for dealing with any UXO, UneXploded Ordnance. Part of the brief explained that the only way that you could get to the dig was by 4X4 vehicle and so we would drive to the range warden building and then we would be transferred in to 4X4’s. Briefing over, we drove in convoy to the range wardens building and parked up. The first vehicle to arrive was a Land Rover Discovery. Two of the lads got in to this but it was not going to be capable of transporting my power chair and so I called Paul and asked if he could send something else, a GS Land Rover would be ok if there was room. While Darren and I waited for our new transport I wondered what it would be. It was not just the transport for the power chair, but the man power to lift it as it is quite heavy, and lift me as I am quite heavy too! After a short time a Hi Lux and a Flatbed arrived with more than enough people and they lifted me in to the Hi Lux and my Chair on to the truck. Eventually then, we arrived at the dig.

The tent had been set up and the first gun had been pegged out and the guys had begun to expose it. It was a WW1 15 pounder Field Gun which would have been pulled behind horses during the conflict. If I remember, I think that Richard said that there were none known to be in existence, but don’t quote me, so how ironic that we should be digging one up that the military has spent years trying to hit on an artillery range! This Blog will be mainly pictures, as there will be little I could tell you that the pictures will not show you. I will write bits and pieces but predominantly it will be pictures.

The first thing we saw was this, it had been jettisoned from an aircraft at some point we believe. 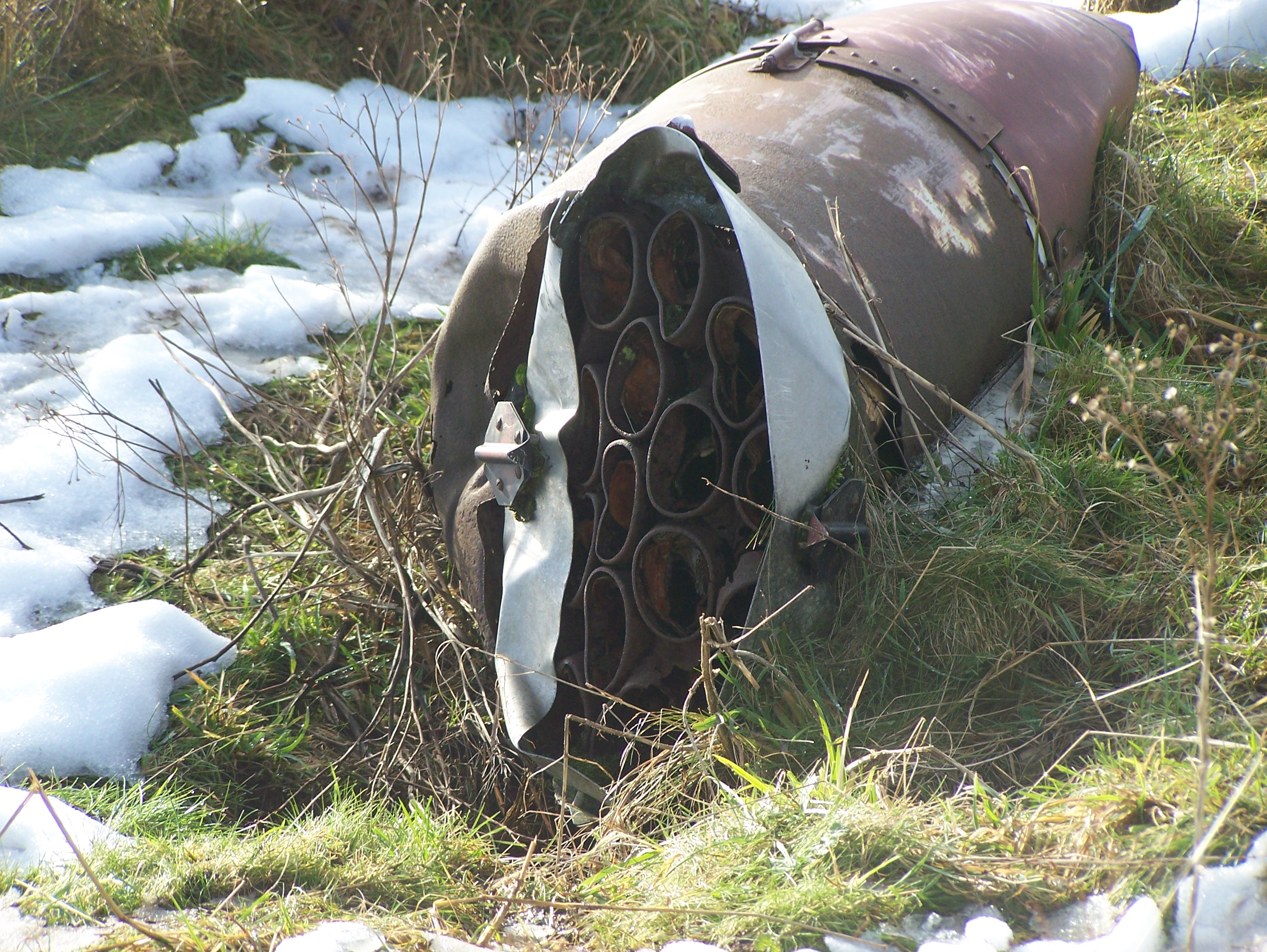 This was the plate from the gun. Incredible that this plate is 100 years old. 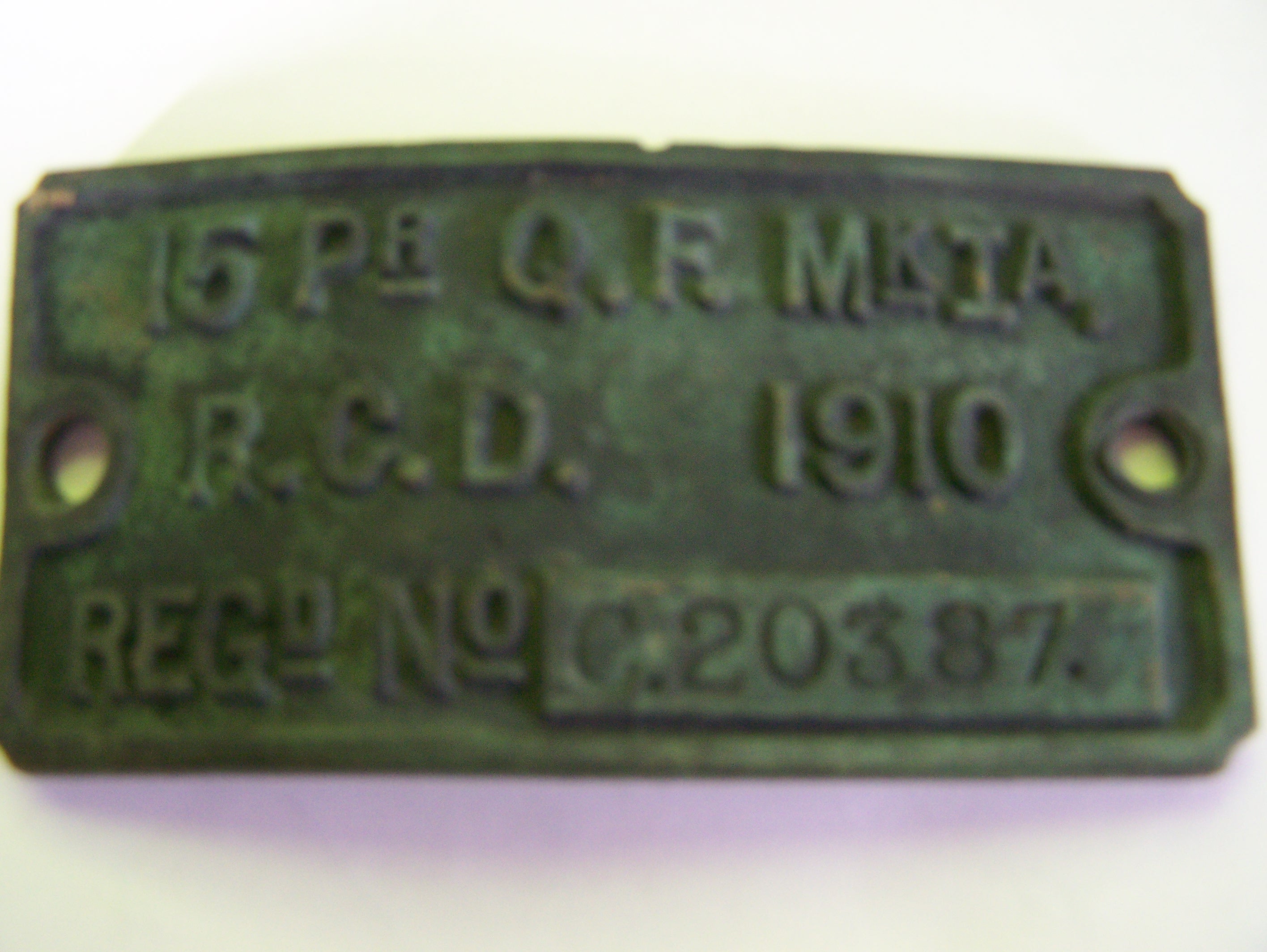 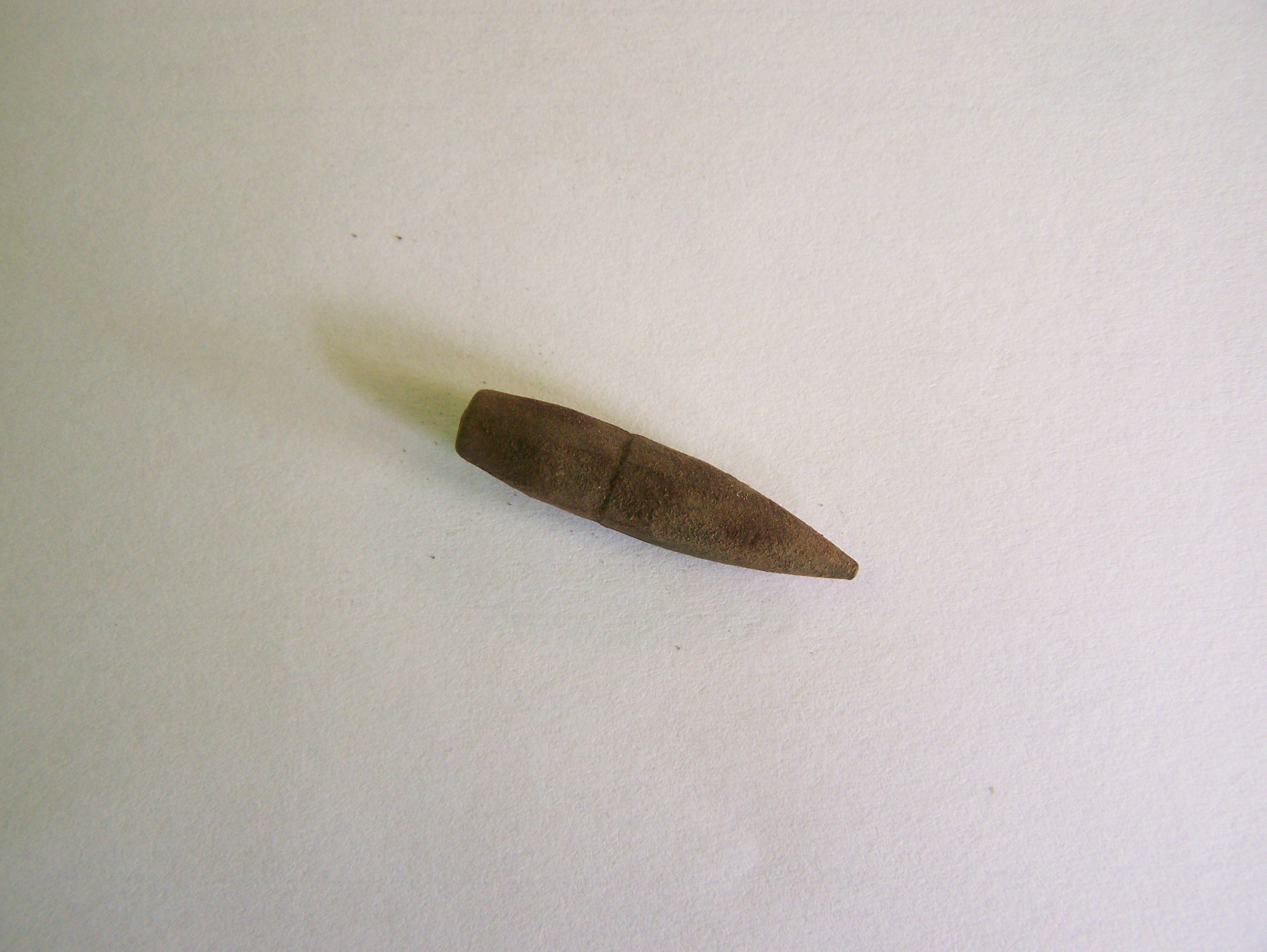 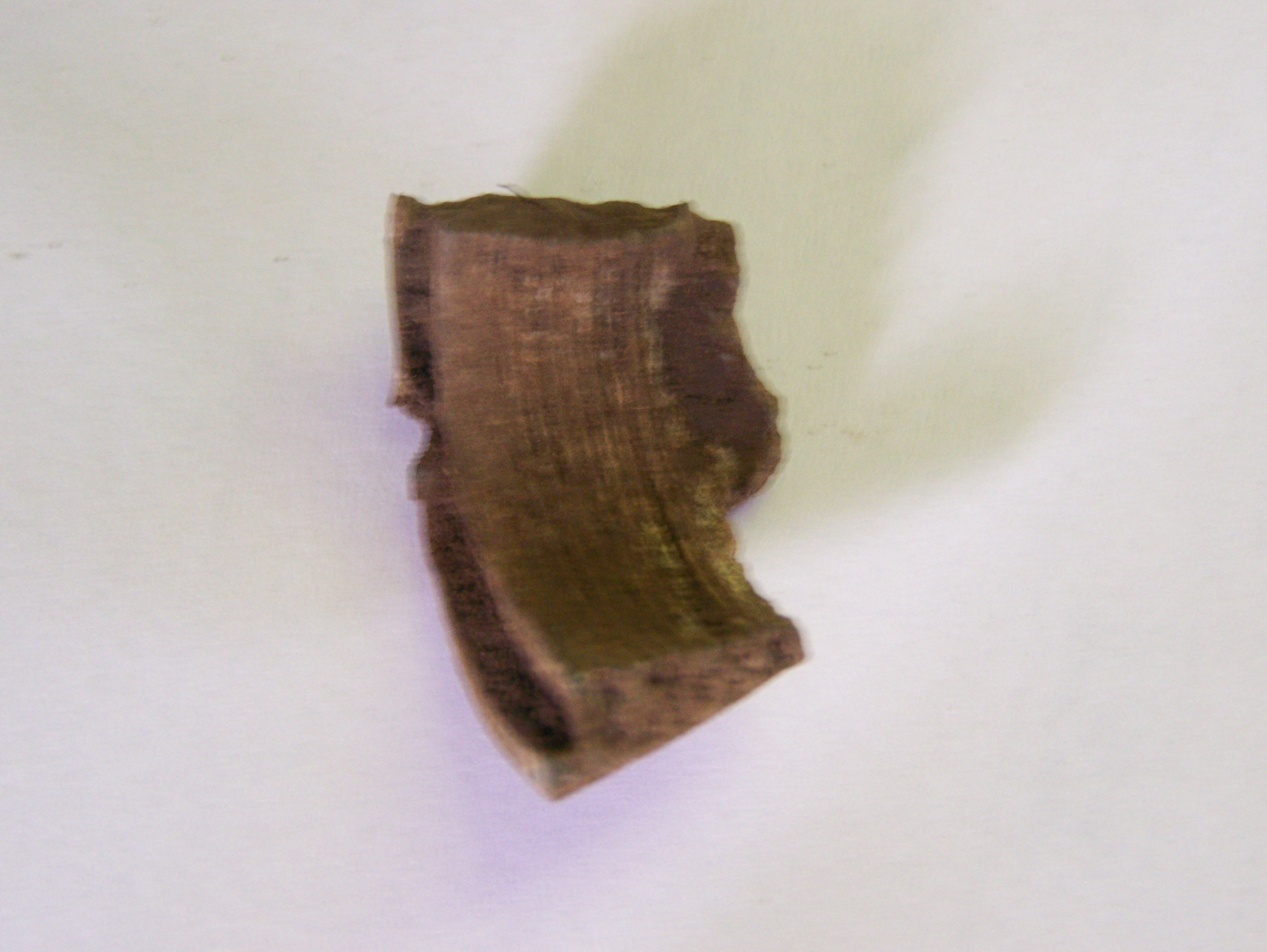 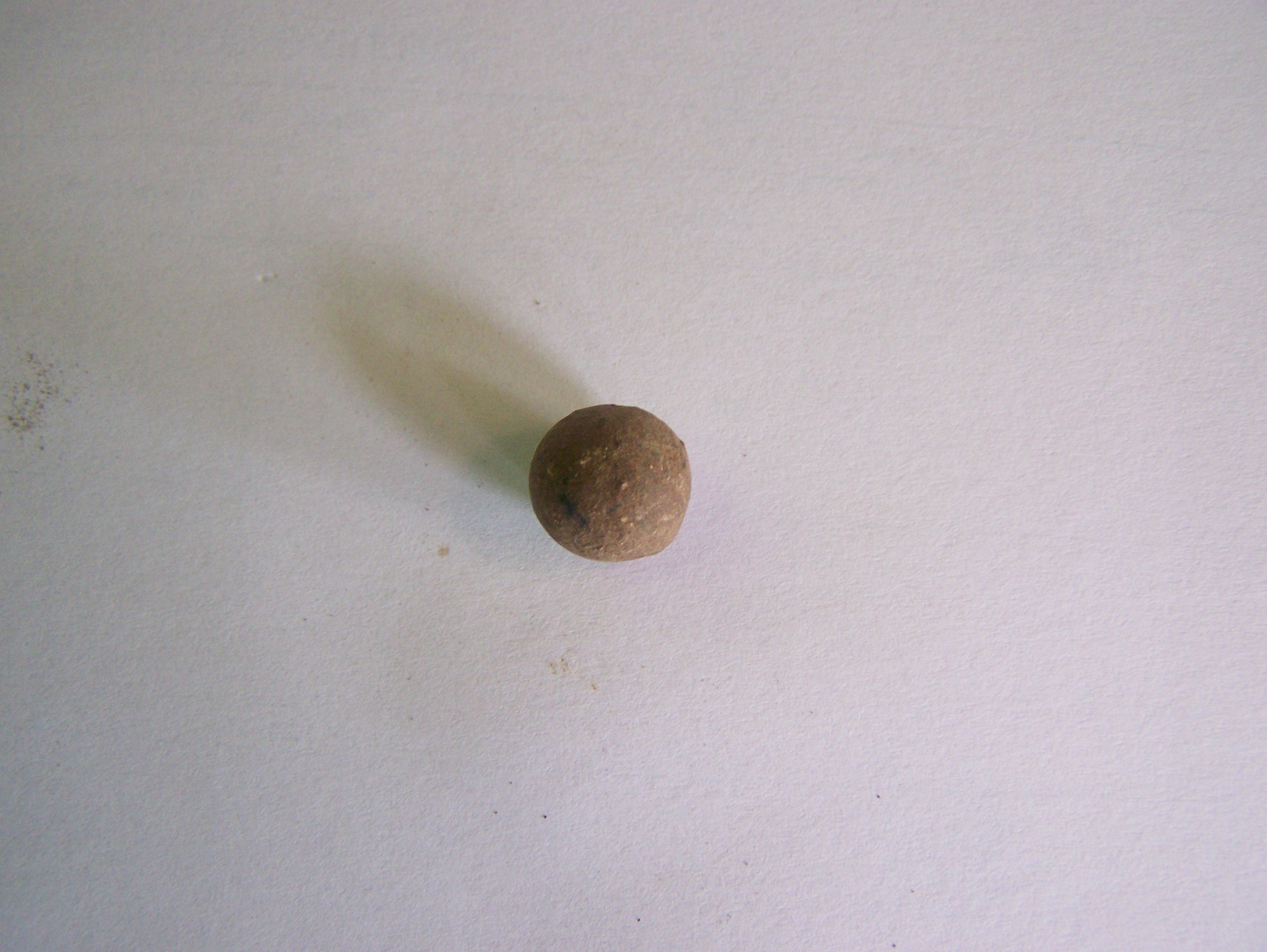 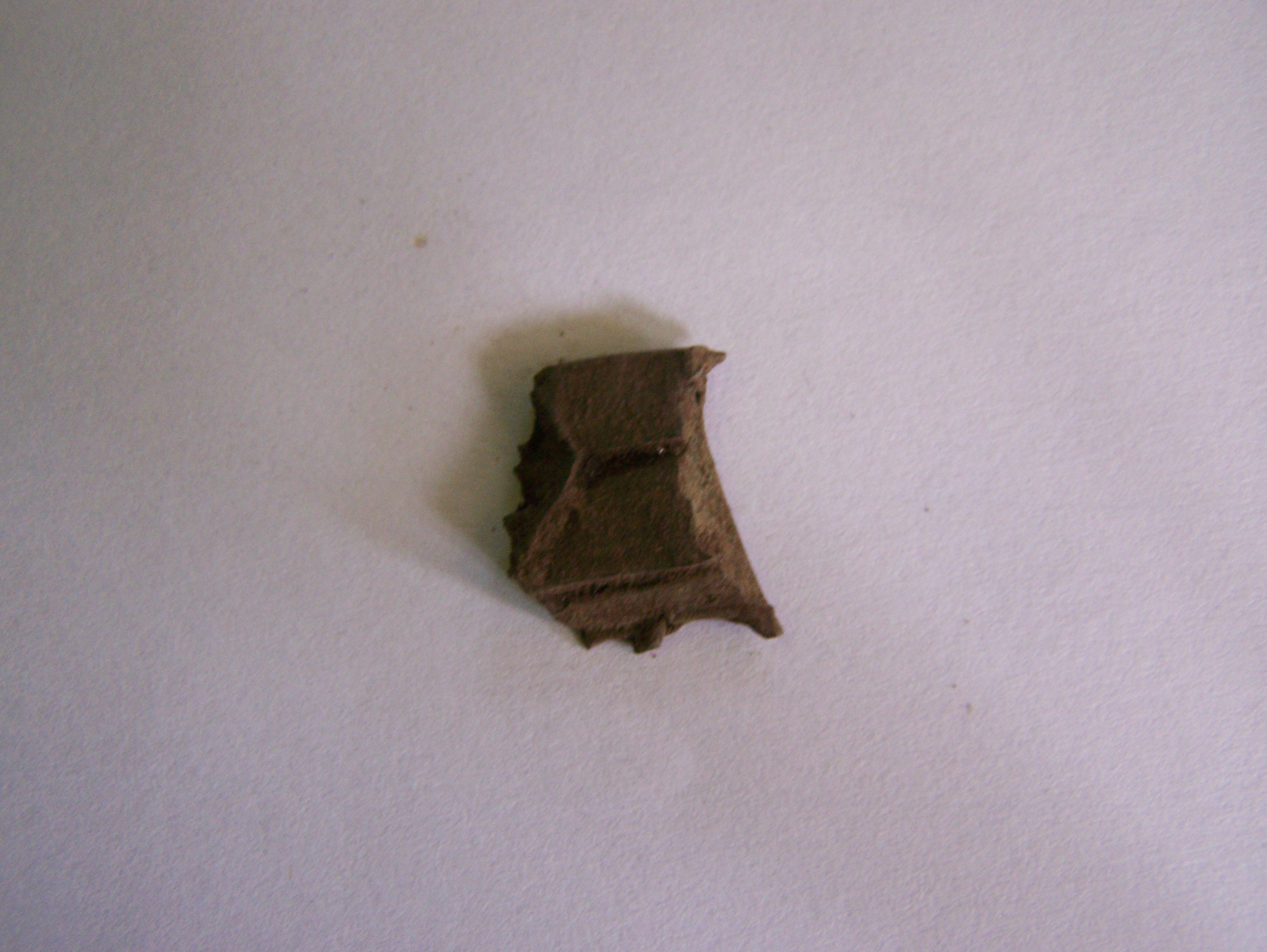 So you see that these bits are all really small and that you really have to be carefull not to rush things and risk missing items. All of these things were great to find but the main thing was this. 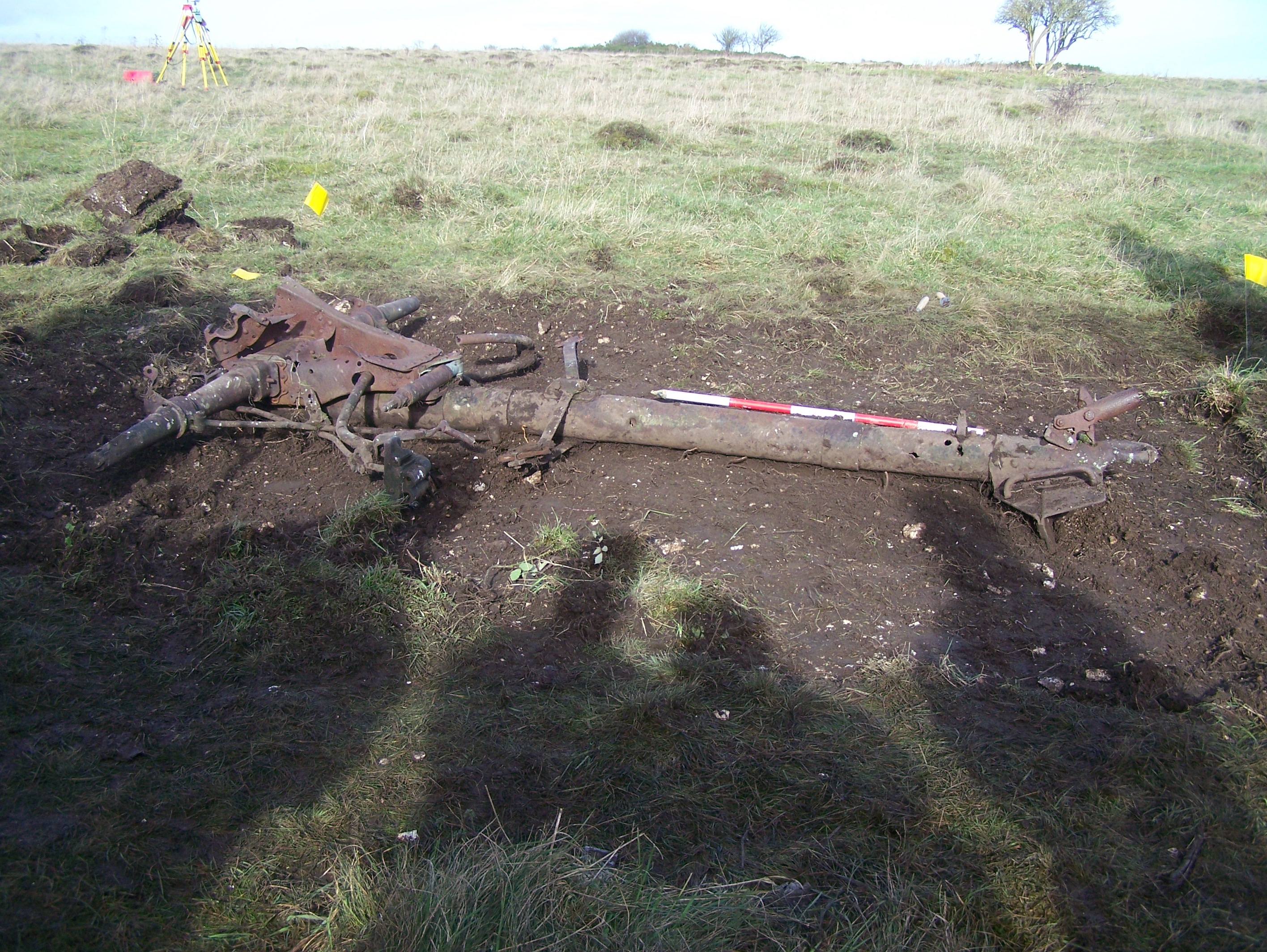 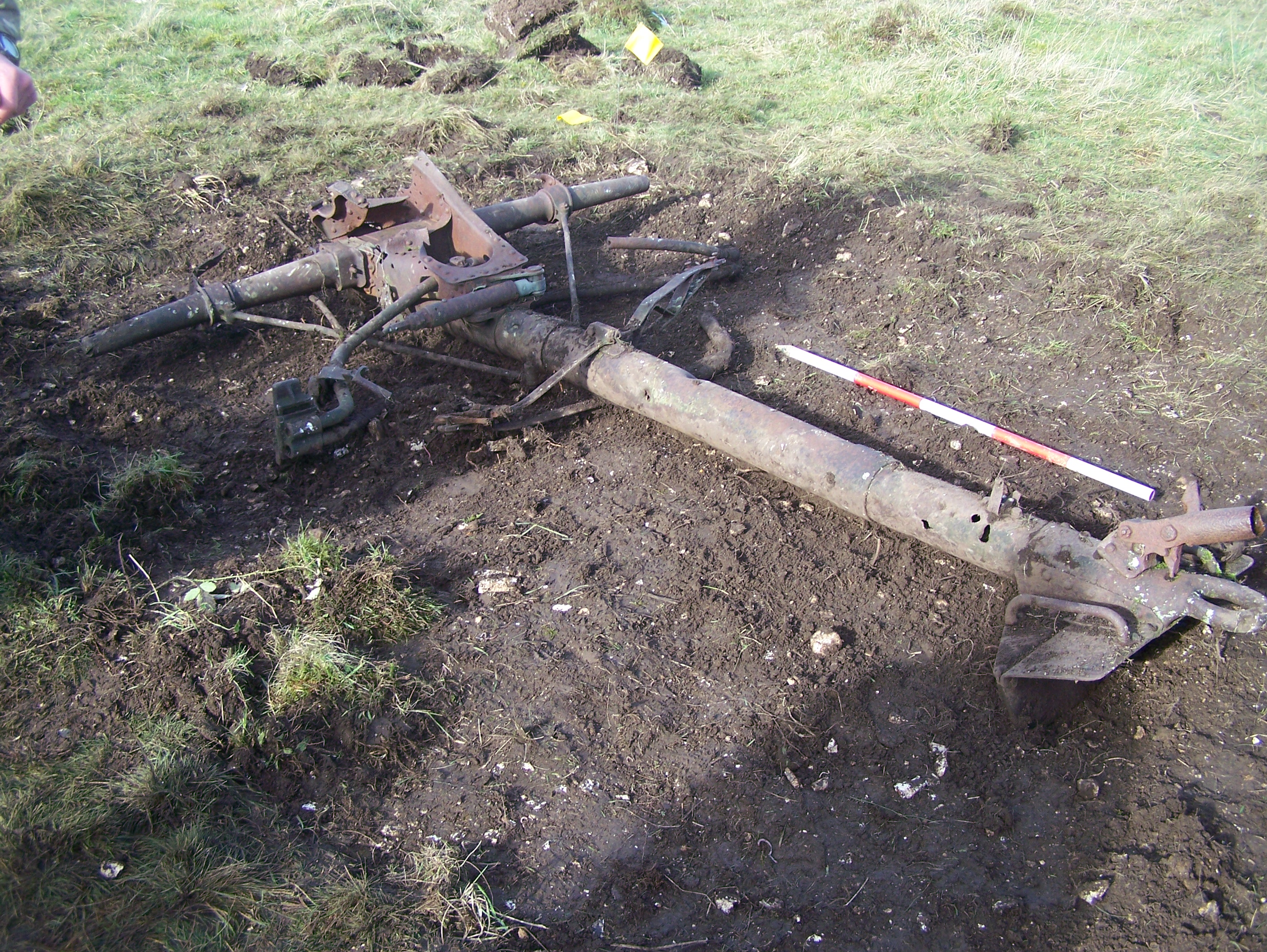 They also found what they believed to be a 19 Pounder which was brilliant, unfortunately though they also dug up an unexploded artillery round and so ATO unfortunately declared it off limits. We did however find a long piece of metal lying just above the surface. Graham and some of the other lads got straight on it to find out if it was worth digging up, and it definately was. 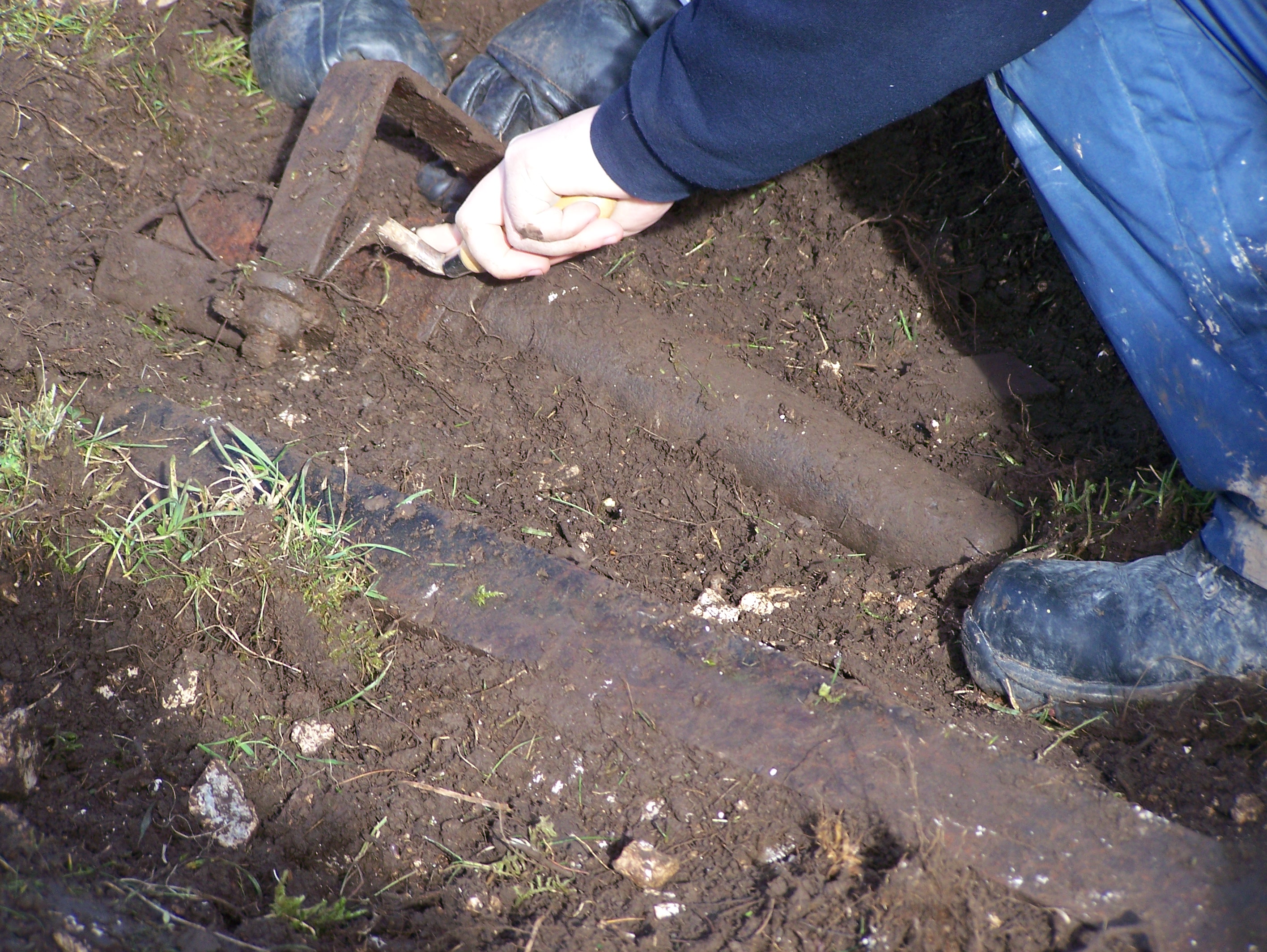 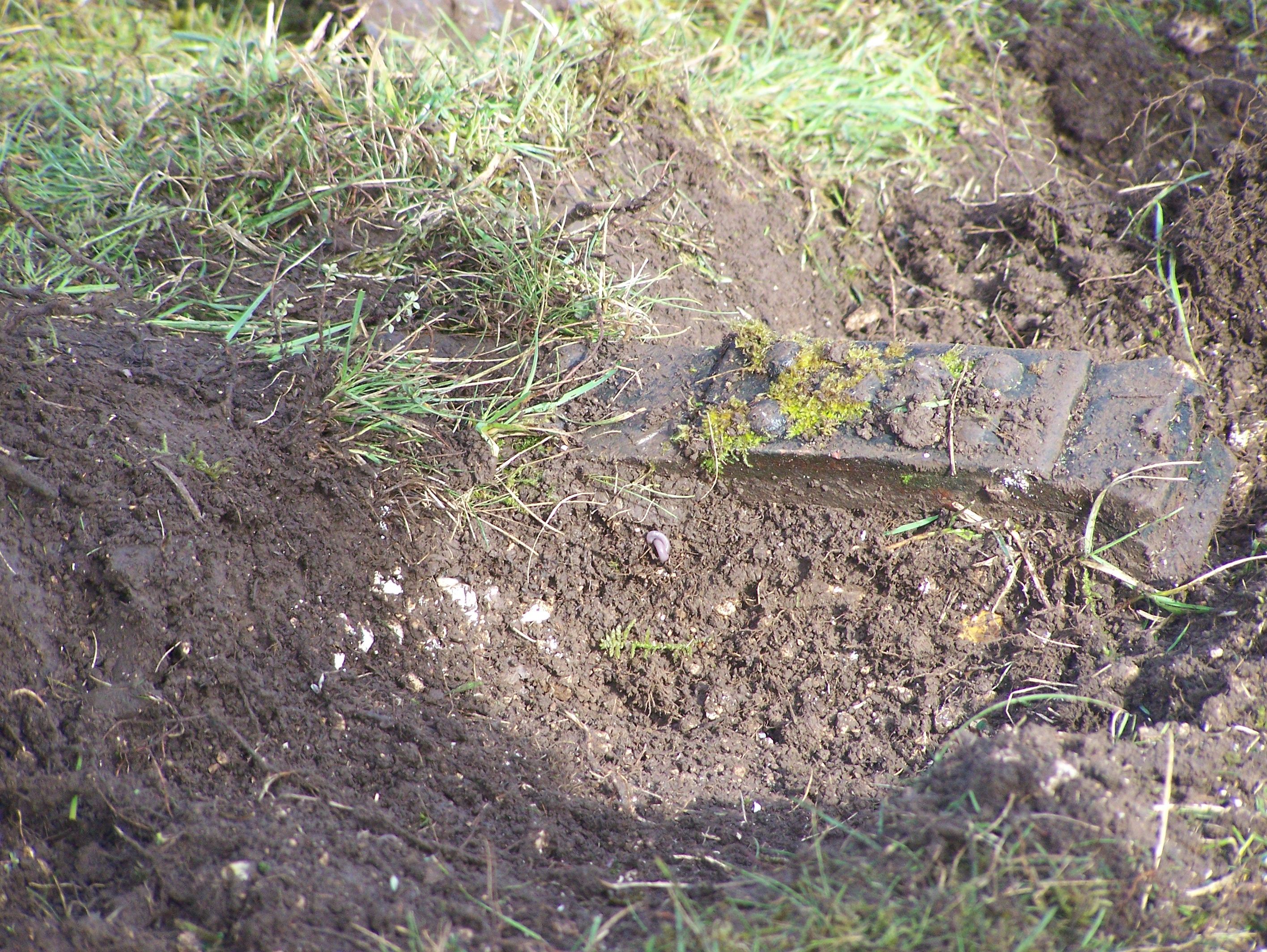 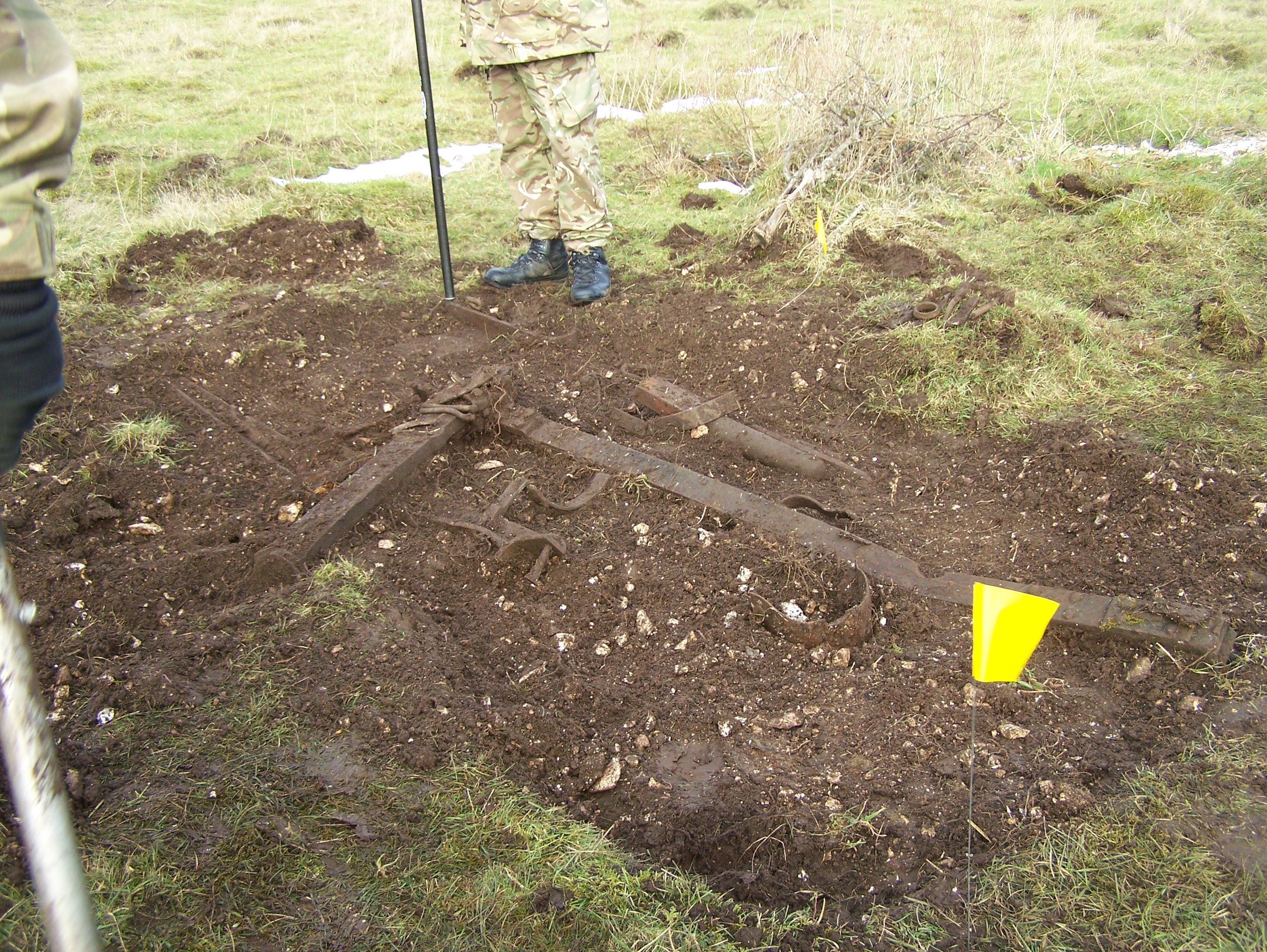 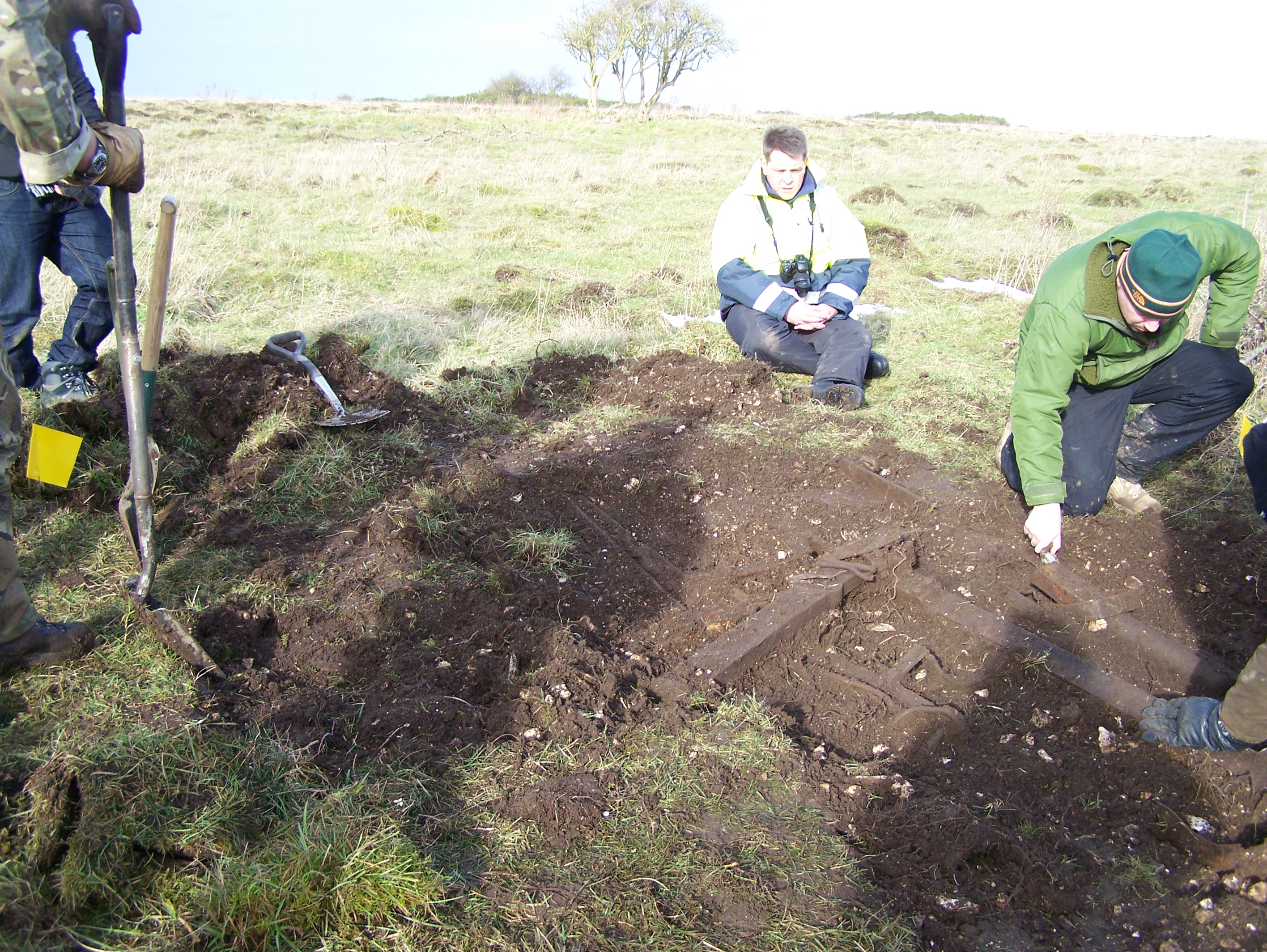 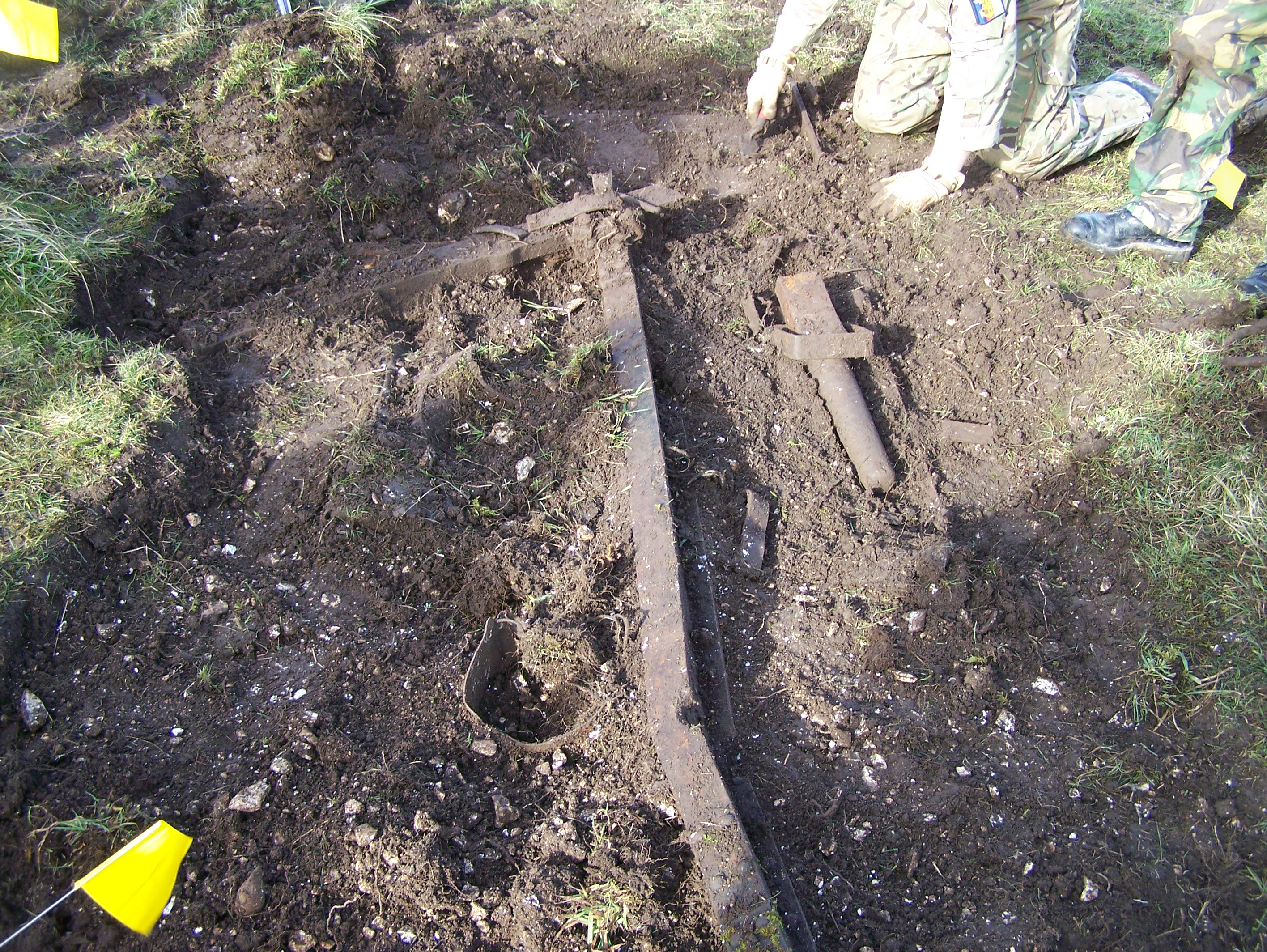 It was a Limber which would have been pulled behind the horse and would hold the ammunition for the gun, excellent. It is upside down though and has a couple of impact marks and holes, a hit in the past has broken part of it and tipped it over, good hit guys!Other smaller items were found. 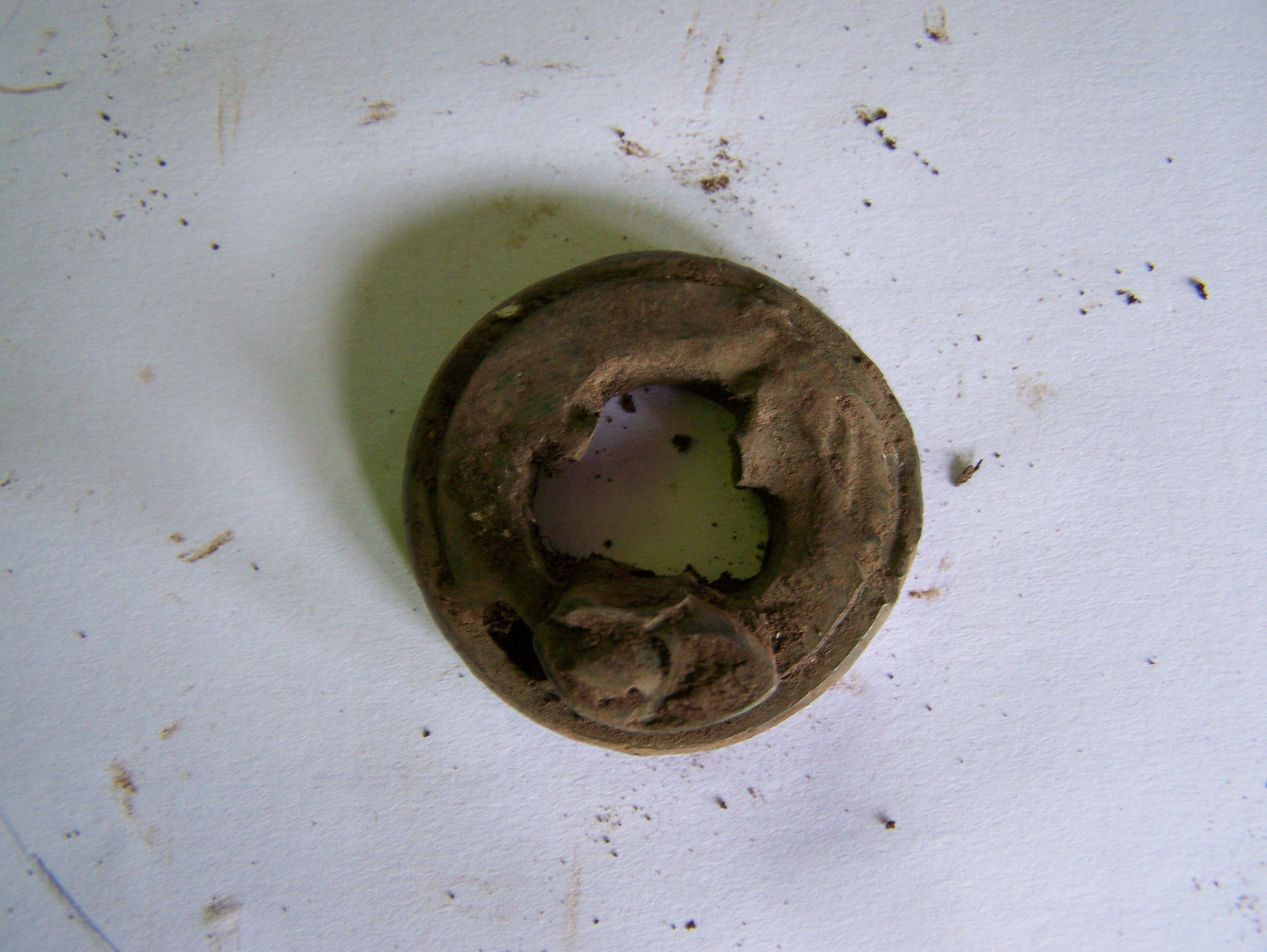 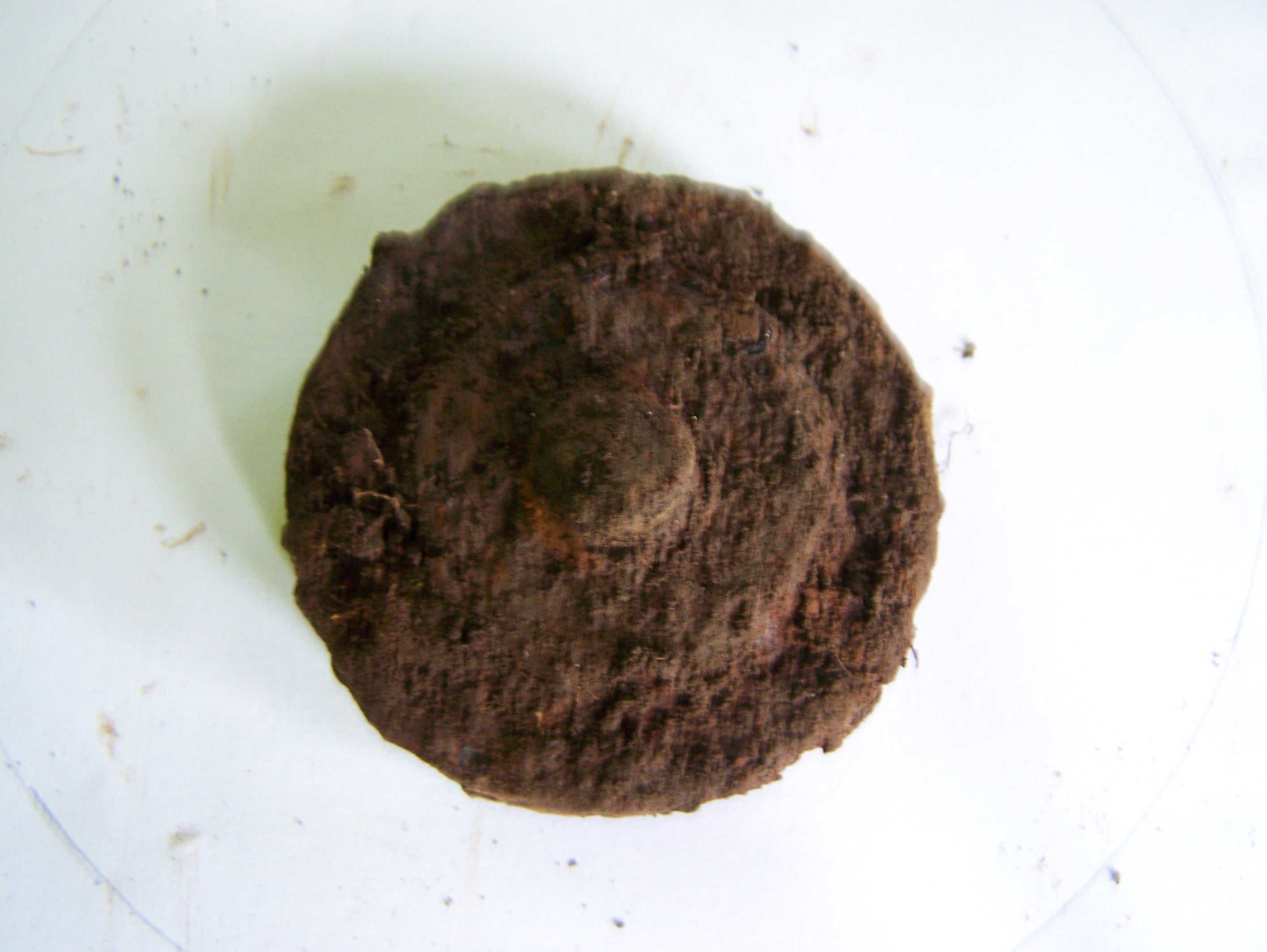 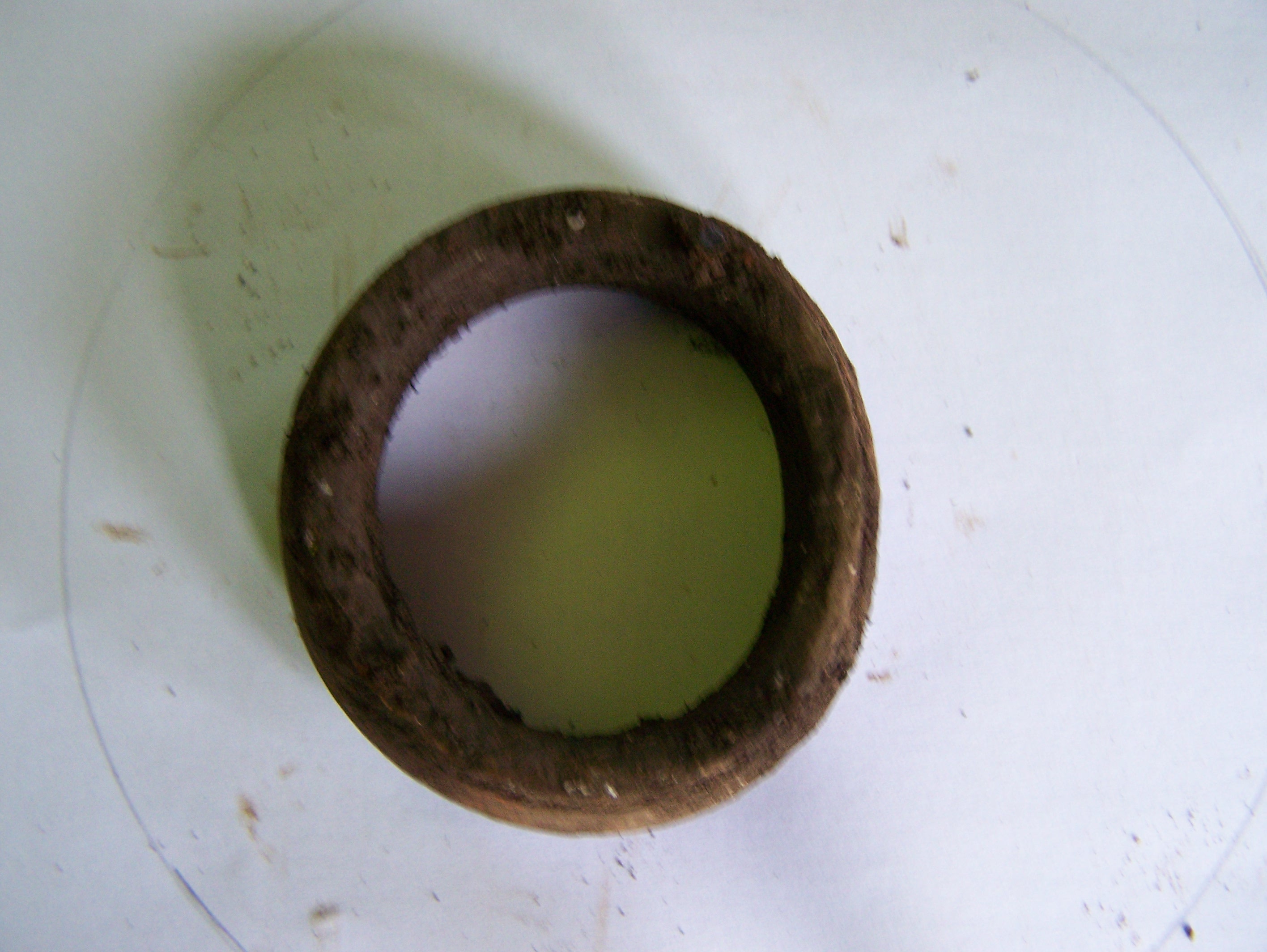 And bigger items too. 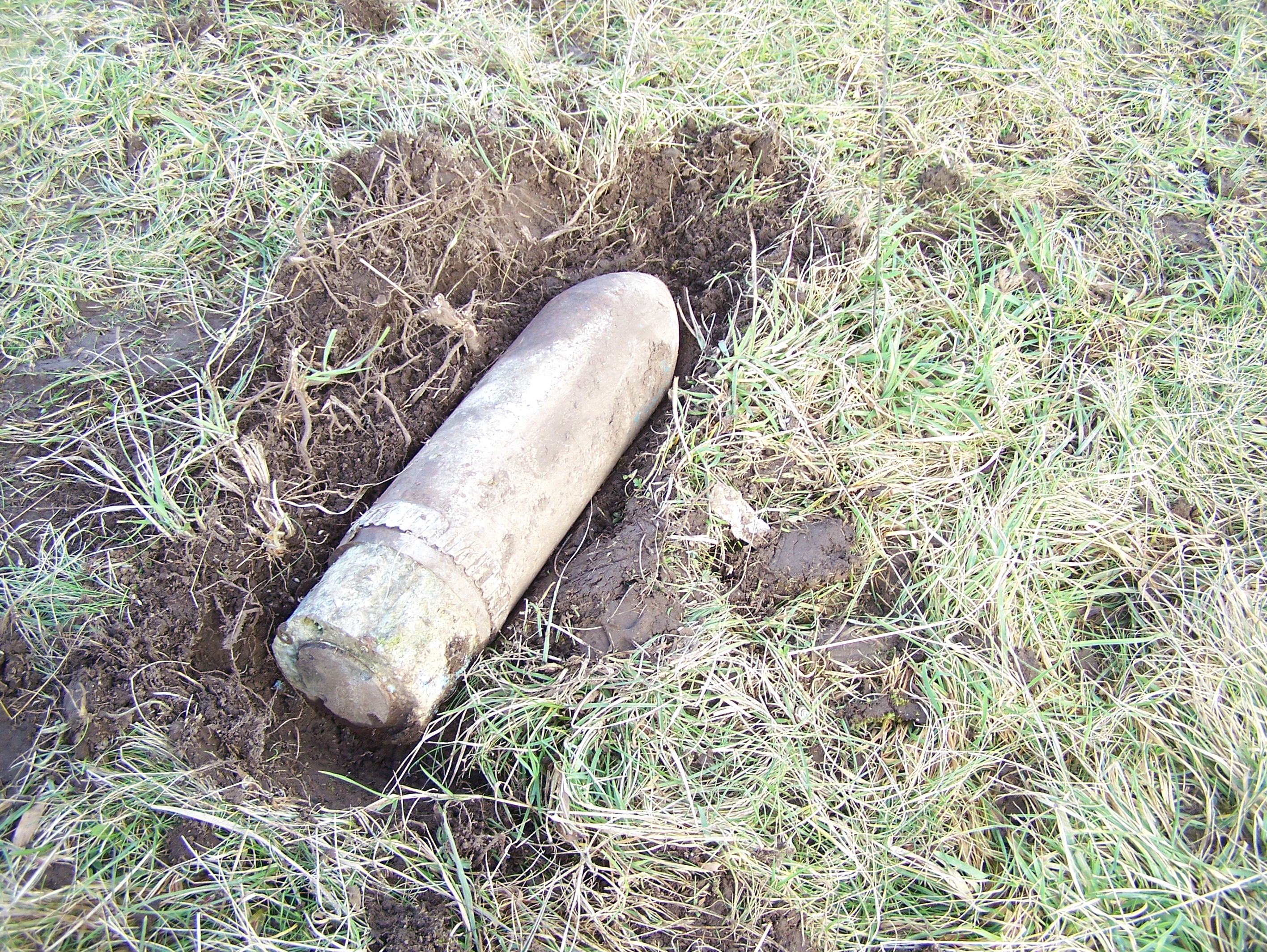 With the day nearly over as the UXO had to be blown before daylight was lost it was time to collapse the tent and load the Gun chassis and the Limber chassis on to the flatbed. 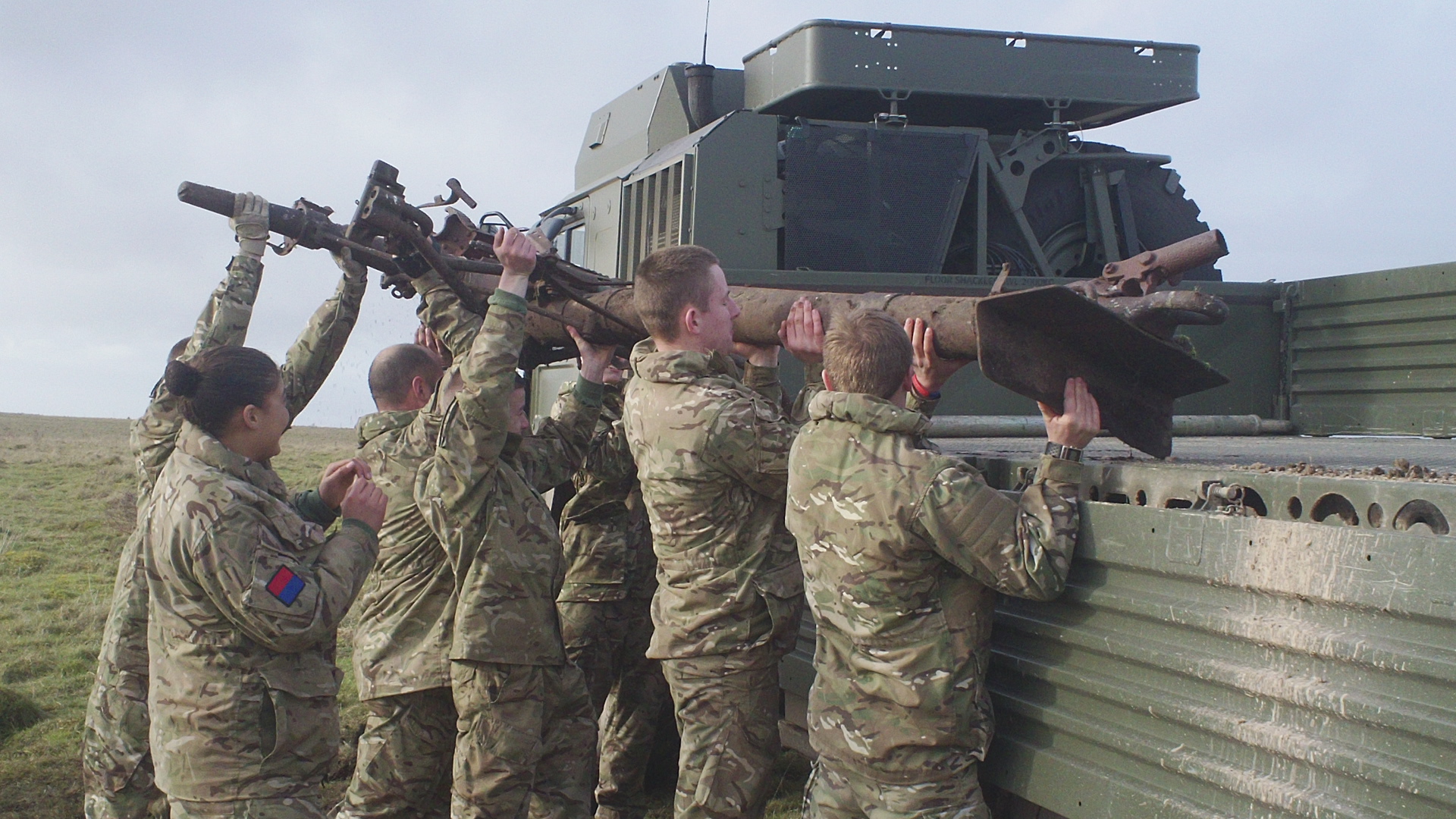 I had spent the day mostly in the tent logging all of the finds and Darren would photograph them and then put them in to the bags that I had labelled for each item. I did spend time outside though looking at the digs and taking some pictures. When finally the site was collapsed, the lads lifted me in to the Land Rover, loaded my Power chair in to another Land Rover and we all headed back to the range wardens building. On arrival, we stopped and waited and then after a very short while, “BOOM”, the UXO and unfortunately in high probability, the other Gun had been blown up. I said thank you and goodbye to Richard and the team, it is a pain for them to lift me and my chair where required but no one complains, it is a pain for me also as I truly am pretty helpless, there is so little I can do to help until I get to the vehicle and then I can pull myself in, but as I said it is not an aggravation which is really nice.  I am now looking forward to more digs, at least one of which may take us back to the first dig I attended at Barrows Clump. Again, look on my links page and click on the one relating to Op Nightingale.

And so, after saying our goodbyes it was time to head for home having spent another brilliant day with the team. We got back to the bungalow at around 18.00 and went in to see what my Wife, Tabatha and the kids had been up to for the day as well has having a nice hot cup of coffee. I had not managed to warm up all the way back in the Chucklebus which is nothing short of a miracle with how hot the heater is. After an hour, around 19.00 I got in to the hot bath where before I had even had time top turn the television on I had fallen asleep and asleep is how I stayed for over two hours. I topped up with hot water and then hoisted myself out, got dried and then my Wife helped me in to bed and made sure I was covered and comfortable. I had obviously got myself cold on the Plain but not realised and althougyh I spent the entire night shivering but sweating, it was worth it. Next time I know that I may have to put on the extra warm kit before I get out of the Chucklebus and that I will have to put the blanket I have over my legs to try to keep them from getting so cold but this is all still learning. I had spent most of my day in the tent out of the wind, I had felt fine all of the day and I am glad that I was not brilliant when I got home, it has made me remember that my body can no longer tell me if it is cold or hot, if it is in pain or not and that I now need more than ever before to jump on the problems BEFORE they arise. I have spent all day in bed asleep and di not actually wake and feel well enough to get up until around 20.00 this evening. Am I upset? Not in the slightest, I had a brilliant day out, learnt more about the archaeolgy, learnt a little about field guns from WW1 and got to spend the day with some great friends. 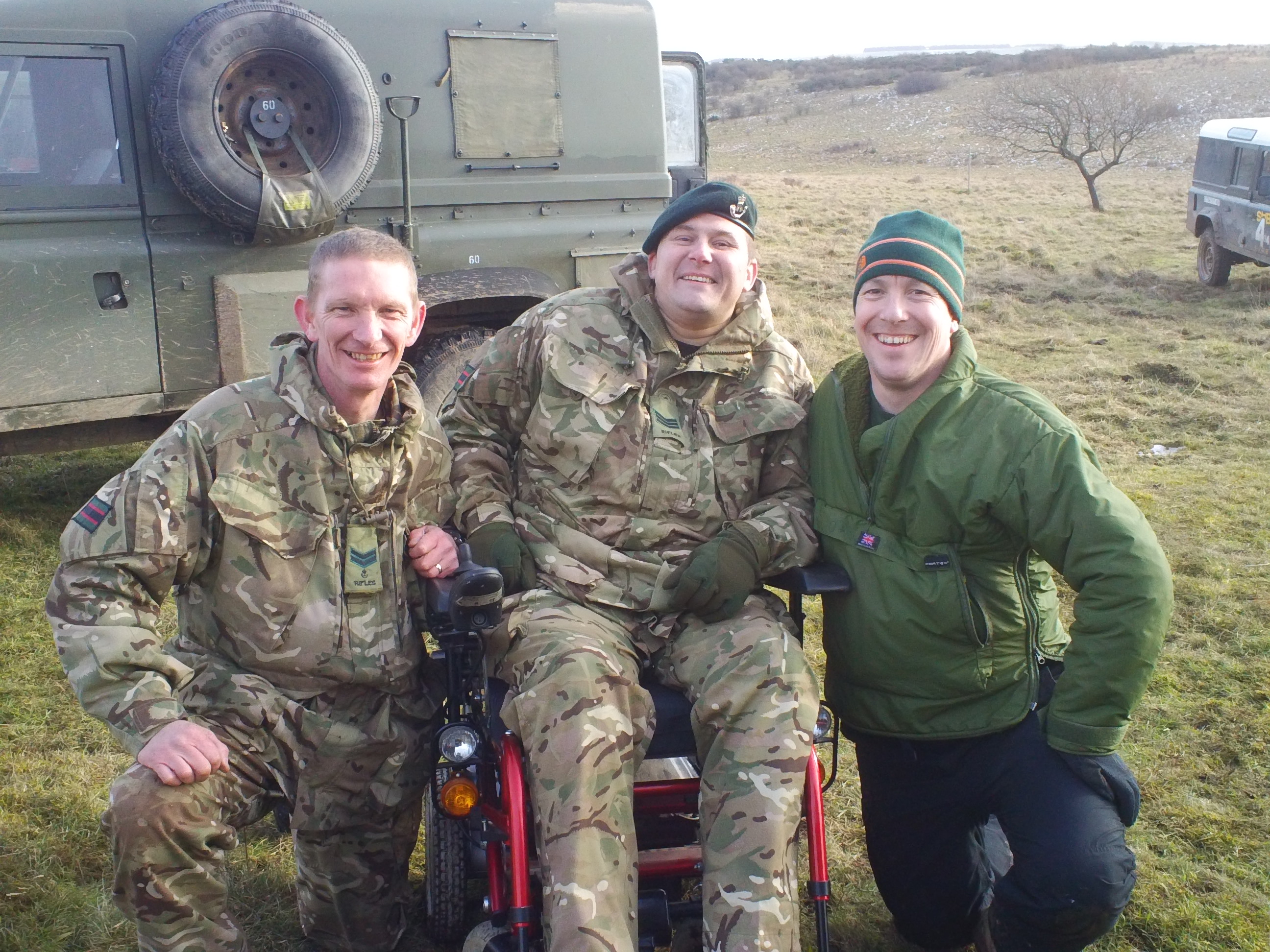