Whilst at the spinal unit I was visited by my family as often as they could. Sometimes my wife would bring the kids up after school, which was a drive of an hour and a half, but it was great to have tea with them. Then, after tea, my eldest daughter would sit and do her homework. It was nice to be surprised by visitors, my wife’s auntie and uncle would “pop down” from London which was nice, my brother and his family come up and my step brother and his family would come across. The most random visitor I ever had though was this guy… 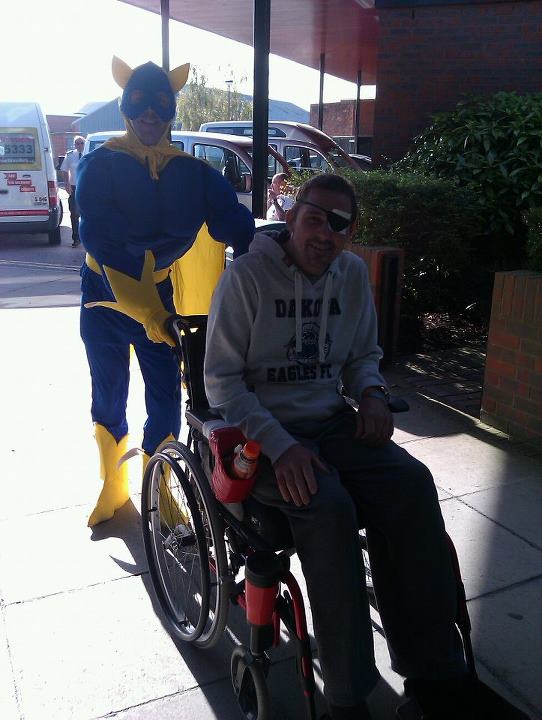 I enjoyed the time in the spinal pool, just wanted to spend more time doing it but unfortunately my right wrist dislocated again and so it was off for another operation. 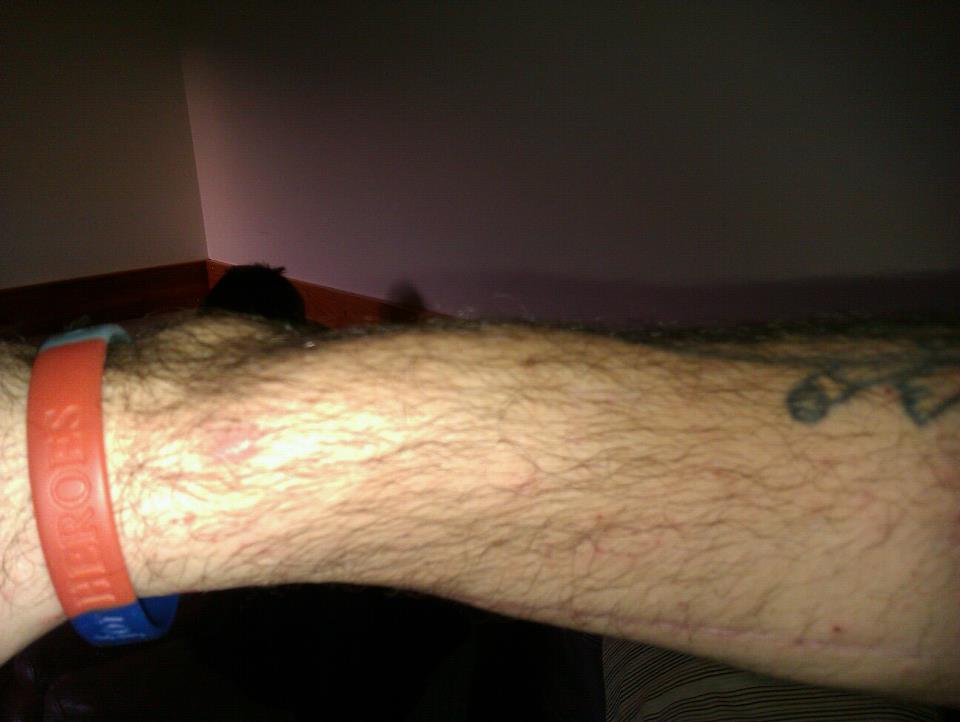 So that was it, now it was time to leave the unit as there was nothing more they could do due to the weakness of my arms.

Unfortunately, my wife had to sell her pride and joy which she had not had for long before my accident. 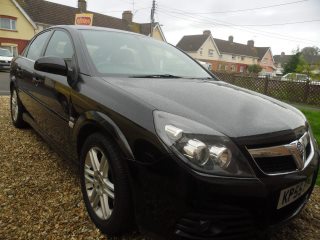 In the four and a half months that she had been travelling to the various hospitals I had been in, she had travelled almost an average mileage years worth of miles. The car had served her well but we needed something bigger, the “Chucklebus”. 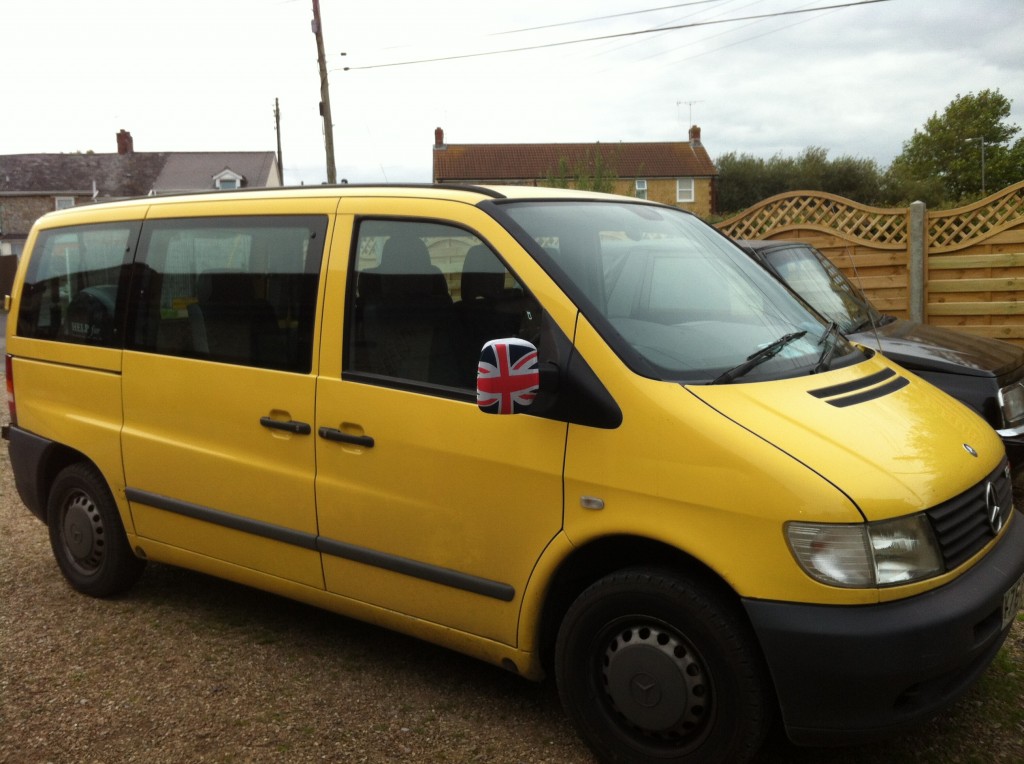 The “Chucklebus” got us out of a big transport problem as I was using a power chair due to my wrists being too weak to propel me in a manual chair. Not quite the Vectra she had sold but driving the “Chucklebus” wouldn’t pose her any problem after what she had been used to in the past. 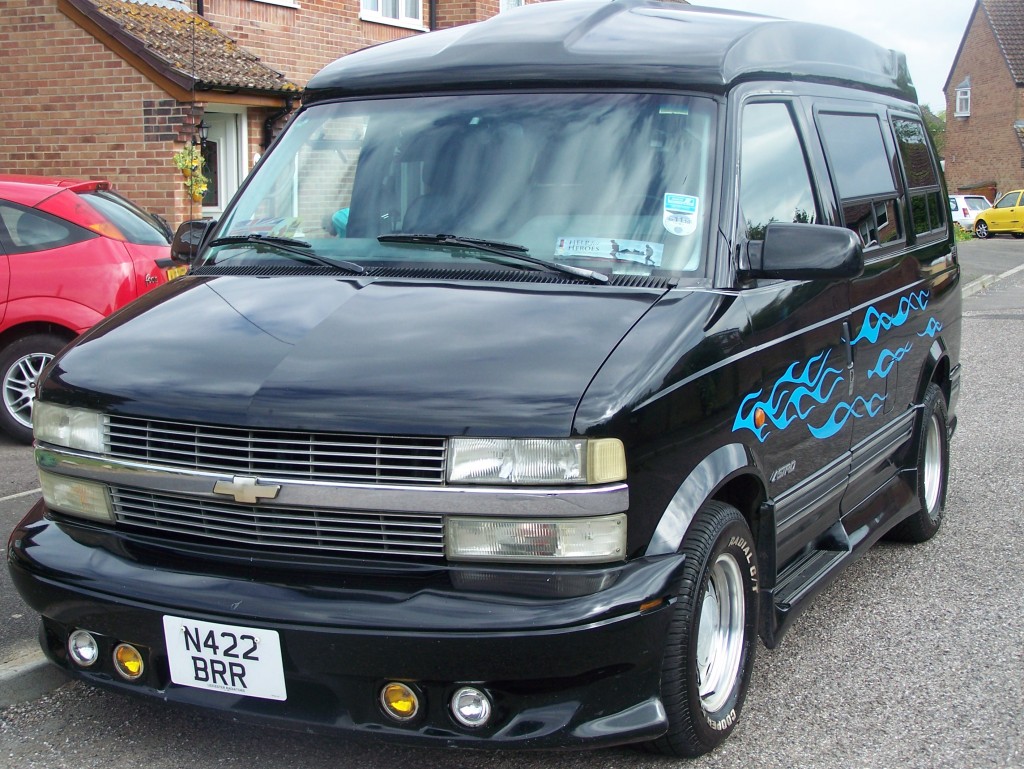 And so, despite all my injuries, after four and a half months, I was allowed home.