In early May this year (2012), two people who organise charity events for a children`s hospice found out about my accident and my desire to purchase an off road “wheelchair”, they contacted me and informed me that they wanted to organise a charity 60`s dance night. It was a lovely gesture and so I said that it would be very nice of them to do so. They spoke to businesses that donate for their events and they came up with a substantial amount of raffle prizes for people to attempt to win during the evening. The band was one that my wife`s Uncle plays in, and boy did the people enjoy it. From the start of the first song to the end of the last, people were dancing. They really went down a storm with the younger and older generations alike, it really did cater for everyone. The local papers advertised the sale of the tickets for a couple of weeks before the dance, and they very quickly sold out, people were actually contacting Carol and Doug to find out if they could possibly fit a few more people in! 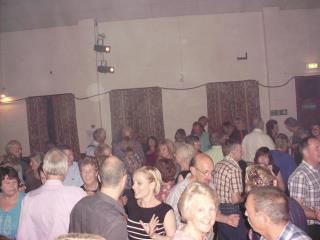 It was incredible to see just how many people came to see the band and by purchasing their tickets, supporting me. I had received a cheque from llminster Lions, and The Ilminster Rotary Club held a raffle to raise funds for my chair at their charity fashion show, both cheques were gratefully received, it was touching to know that people were donating money to help me, and to not know that it was being done was incredible. The Lions just knocked on my door to pass me the cheque out of the blue, I was aware of the Rotary Clubs fashion show as I had been invited to attend for that very reason, let`s be honest, I wasn`t going to be a model!

It was truly humbling to be in a room with so many people who wanted to help me by purchasing not only a ticket to see the band, but to be buying ticket after ticket in the hope that they would win one of the many excellent prizes on display. Carol and Doug organised an amazing night, so many people and prizes, and the congratulations that they received and messages of thanks from the people who attended the evening was incredible. 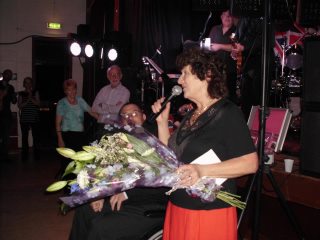 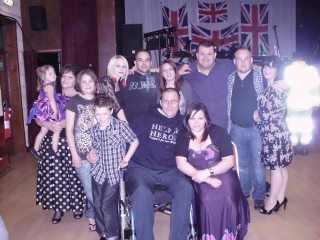 So many people have asked if they are doing another as they enjoyed in so much. Check the band out www.olddogznewtrix.co.uk 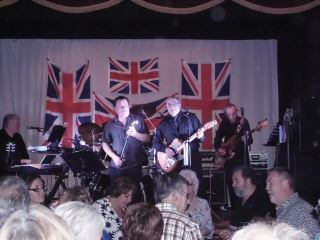 Carol and Doug arranged to meet with Graham and present us with the money raised from the dance and raffle. It was a breathtaking amount from one dance. Thank You to everyone who came. A cracking start to the amount I need to raise for the chair. 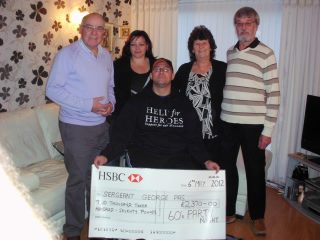 And so the challenges to raise money for both the various charities that have helped us and my “wheelchair” fund was launched.