Sunday we went for a family st-roll to a local woodland to take the Overlander out to do what it was purchased and built to do, get me out in the woods with the family. It was pissing down with rain when we loaded it in to the Chucklebus but we had told the kids that we were going and as such wrapped them up and went anyway. They were all really excited about taking the Overlander out and being able to go out once more as a family, and the feeling was the same for me. I had tested the Tramper and the Boma 7 at this exact place, partly because this is one of the places that I would be using it but I had not been able to test the Overlander here and instead had used it at the New Forest. This then would be really interesting as it would really prove to me if I had made the right purchase.

I remembered how the other two units had performed and once the Overlander had been removed from the Chucklebus and the roll bar replaced, (it has to be removed to get in to the Chuicklebus due to the height), I got in to it and with my wheelchair placed inside the Chucklebus, the children wrapped up and ready and the Chucklebus locked, we made our way in to the forest car park to meet with Tom, Danielle and my Mother in Law who had joined us. We made our way in to the forest and immediately I started to `play` in the areas that I had tested the Tramper and the Boma 7. The Overlander wasn’t phased by any of the `playing` or terrain as I would expect. Then we went for a st-roll deeper in to the forest along the walkways that were posted while I of course left the beaten track to a degree to see how capable the Overlander really was. The rain had stopped fortunately but the ground was obviously sodden, boggy and very muddy which was exactly what I wanted.

We st-rolled around most of the forest trails and then made our way UP the track which we had come down in the Tramper which was where I tipped the Tramper over. This would be a huge test for the Overlander as this was something that we had not even attempted in the other two units as we knew that two wheel drive simply would not do it and could not take the chance. Similarly we made educated decisions from what the units had managed and had not managed to achieve and as such we had not tried to get up this slope. The Overlander though had performed so well that we simply had to try it and in any case it would show off its climbing abilities which would hopefully give me a warm fuzzy feeling inside about the three peaks challenge. Suffice is to say that it did not struggle up the slope and simply dug itself in until it had sufficient grip to pull itself up. Having a motor on each wheel running independently means that each wheel will keep turning irrespective of the terrain and will ultimately always find some grip and get you enough movement to allow the other three wheels to find their grip and allow you to continue. I have had a winch added to mine though just in case you really get stuck or if you want to climb a slope which you may find poses a risk of overbalancing backwards and so the winch may be used to assist in the climb and also to prevent the overbalancing.

I am going to post some photographs of our st-roll for you to see. The Overlander is an amazingly capable piece of equipment. It is essentially a battery powered quad. The speed control is incredible, the climbing capability is amazing and the way it performs in the mud is quite remarkable. I intend to post more and more of what I do with the Overlander on the Blog for you to see. I may try to get some kind of personal video equipment similar to that warn by motorcyclists and parachutists to video some of the things I do for you to see the inclines and terrain as I do. This I hope will show you just how amazing this thing is and may show you what you could be doing, enjoying the woodlands and walks that you may no longer be able to do for whatever reason.

The bottom line, if you struggle to walk or simply cannot like me, then although the Overlander is not the cheapest thing on the market for getting around, I found it to be the most capable this side of a quad, Land Rover or tracked vehicle, none of which you are allowed to take in to the forests and nature reserves. Please have a look at the pictures of Sunday’s little day trip and if you have any questions about the Overlander then by all means message me or read my review by copying this address; www.georgepas.co.uk/overlander-4 and pasting it on to your address bar. This is a review that I wrote when I first tried it so that it was written by a paraplegic with an honest opinion of how I found it in my search for a mobility vehicle which would allow me to return to the outdoors rather than calling the manufacturers or reps of such vehicles or equipment who will normally be able bodied and will tell you what you want to hear in order to make a sale. If you read the review that I wrote and are interested in trying the Overlander for yourself then go to my links page and click on the Terrain Hopper logo and it will take you to their site. When you message them or call then please tell them that you have seen the Overlander on my website.

Anyway, here are some of the photographs of our trip to the forest. 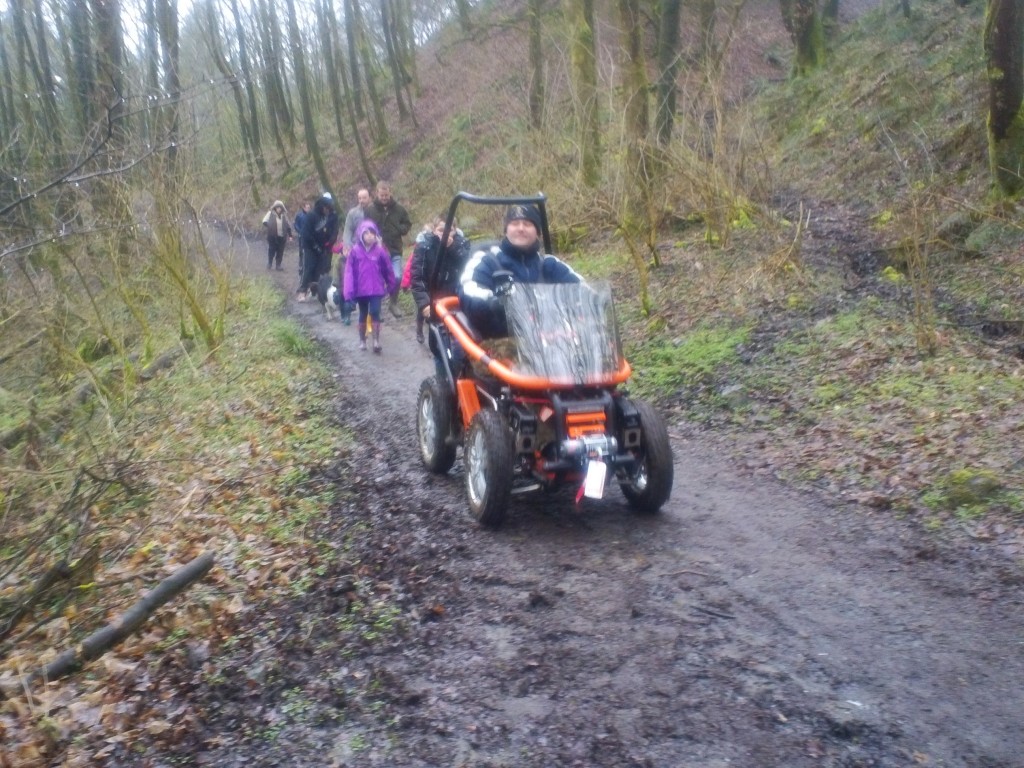 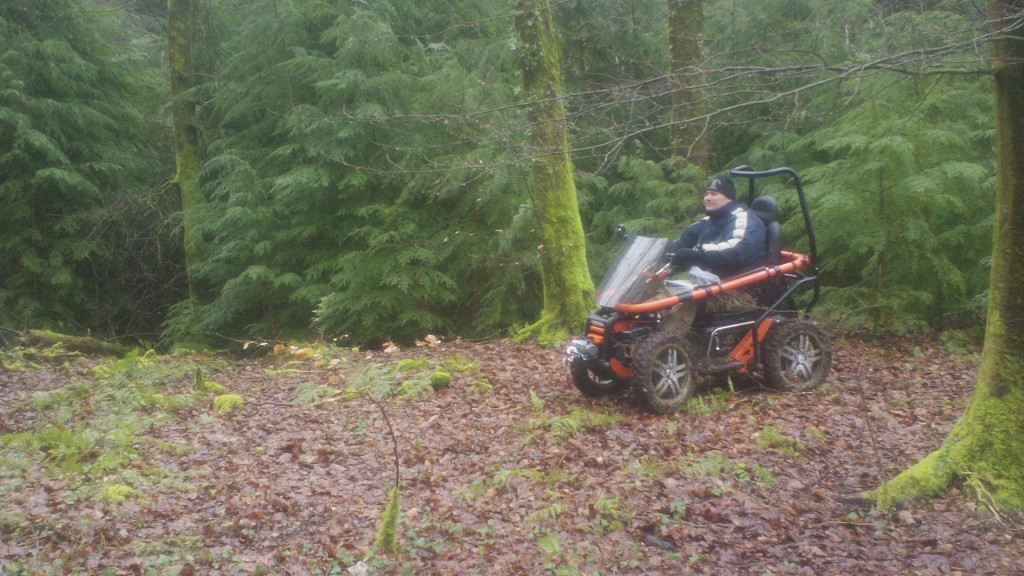 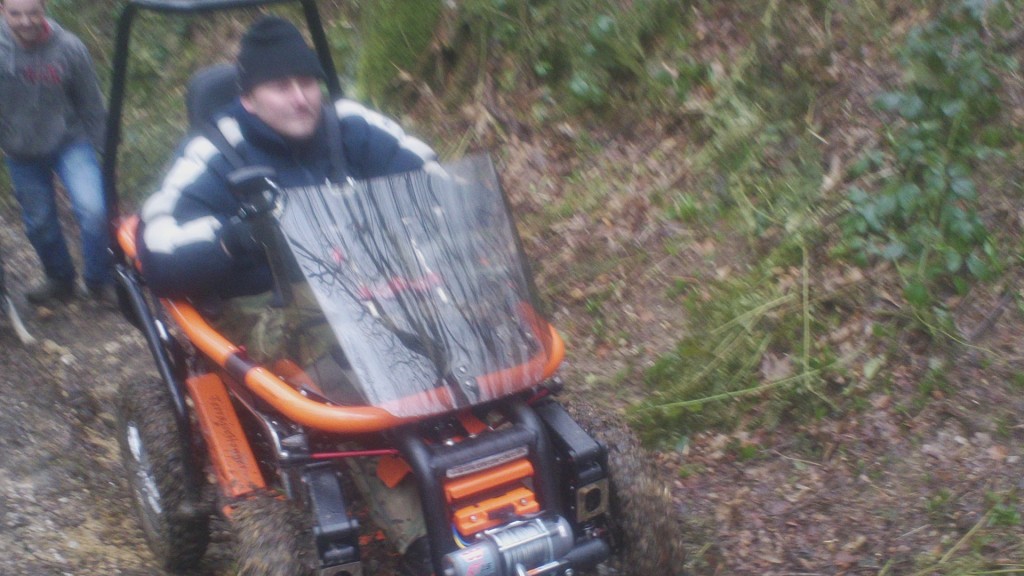 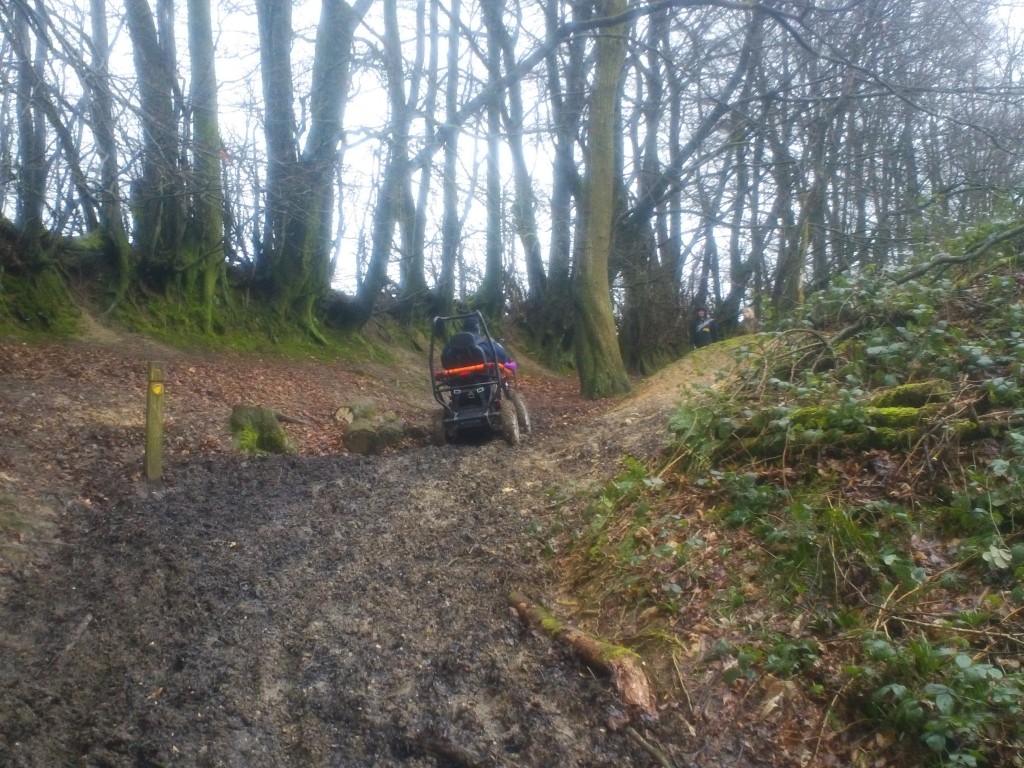 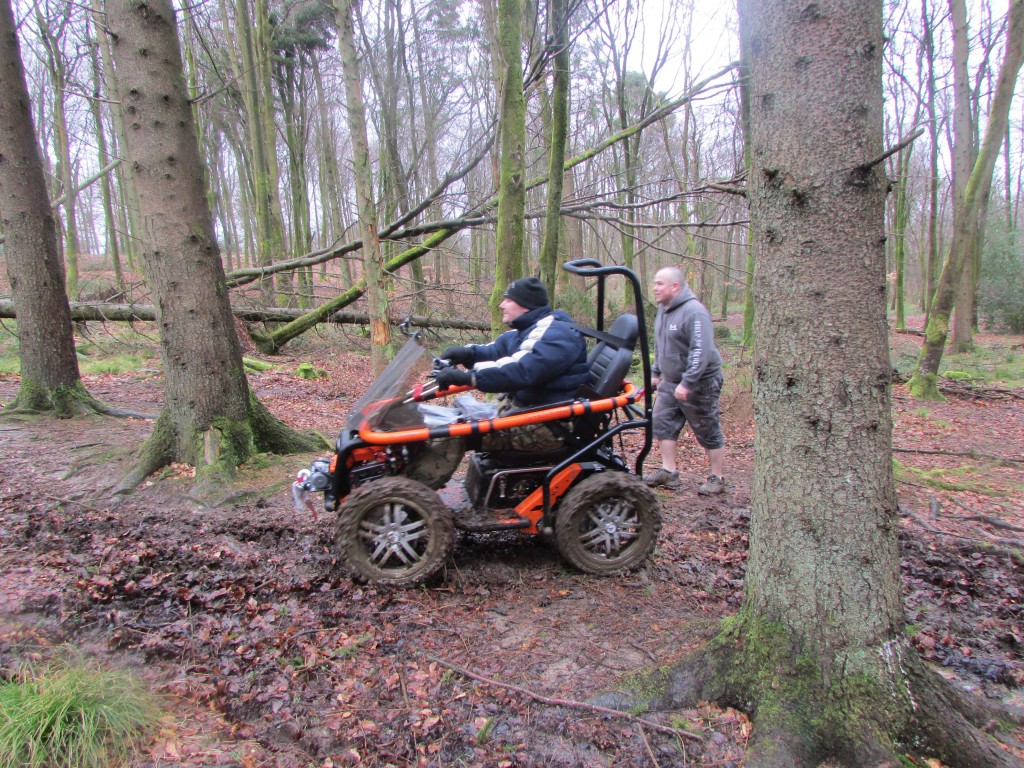 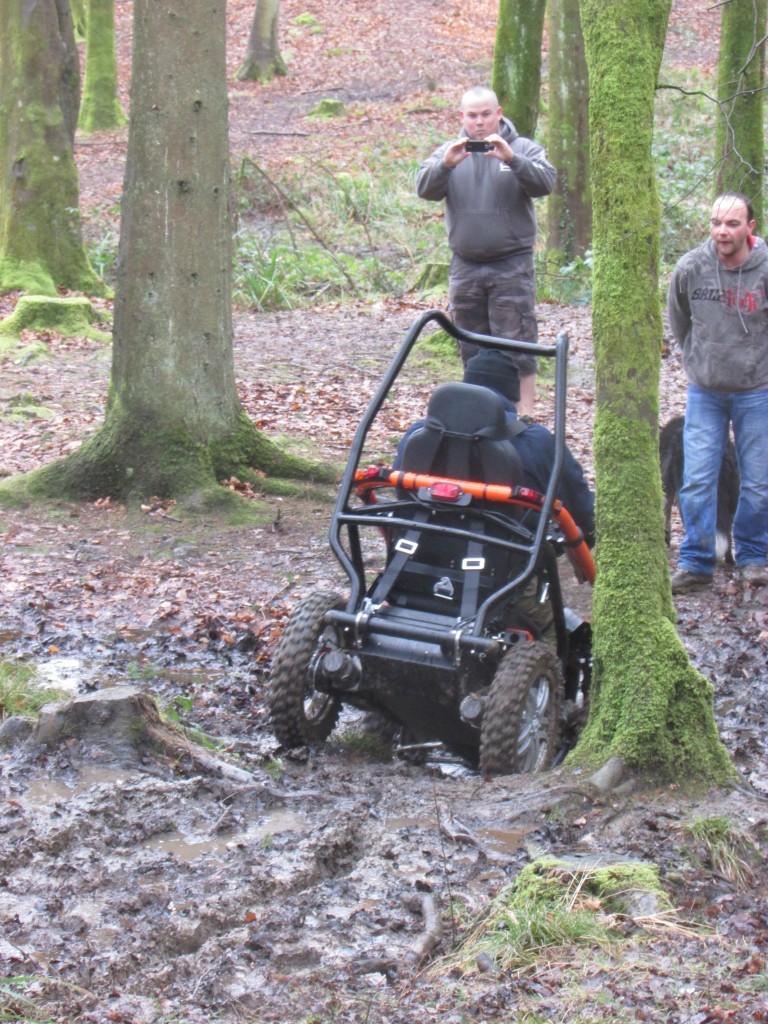 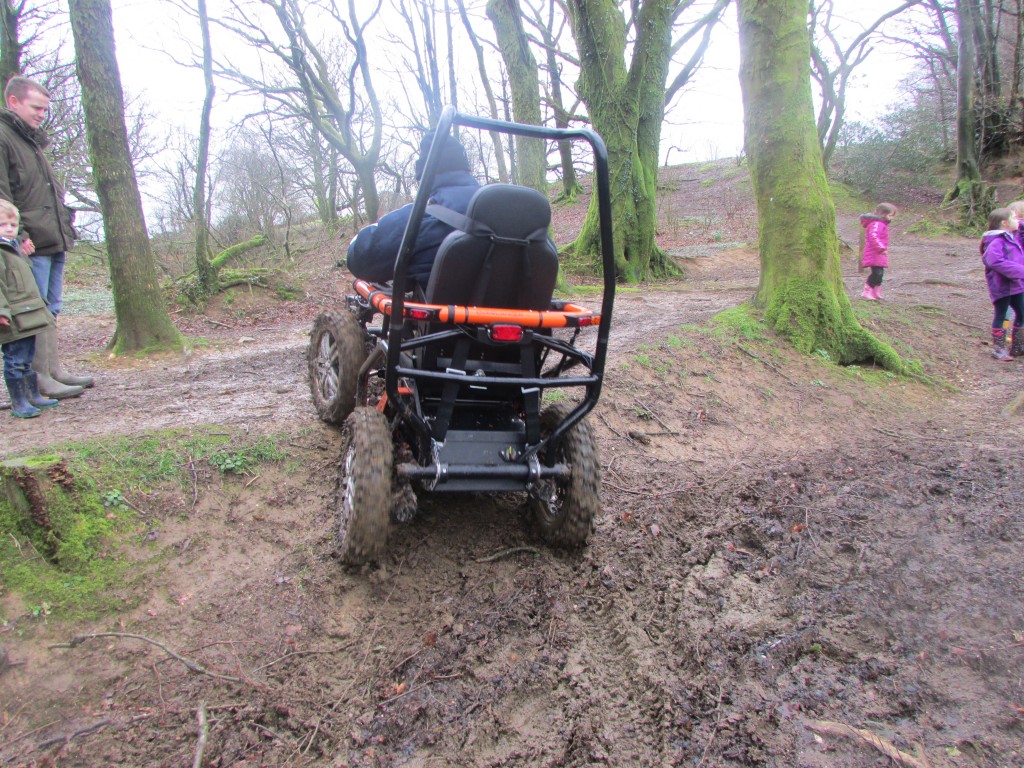 I’ll look to getting some videos on for you to see just how good the Overlander is as soon as I am able.

Have a good day!