Posted on September 20, 2012 by Giving Back 1
2nd of August I was given tickets to the Basketball at the Olympics by Help for Heroes Band of Brothers, I had an amazing day and thought I would tell you a bit about it and show some photos.  I did ask one of my disabled friends if they were interested in accompanying me but unfortunately they could not, but I did manage to get two walkers, (able bodied), to go with me. Our day started at 2am when we got up and sorted out breakfast etc and we were on the road a little after 3am. We arrived at the park and ride at Thurrock at around 6 am and the staff organised a disabled access minibus to drive us to the Olympic site. It truly was an awesome sight. We travelled accross the site to the Basketball arena and were shown to our seats by a steward, (I obviously took my own seat!). We watched the France Lithuania match in which France won. 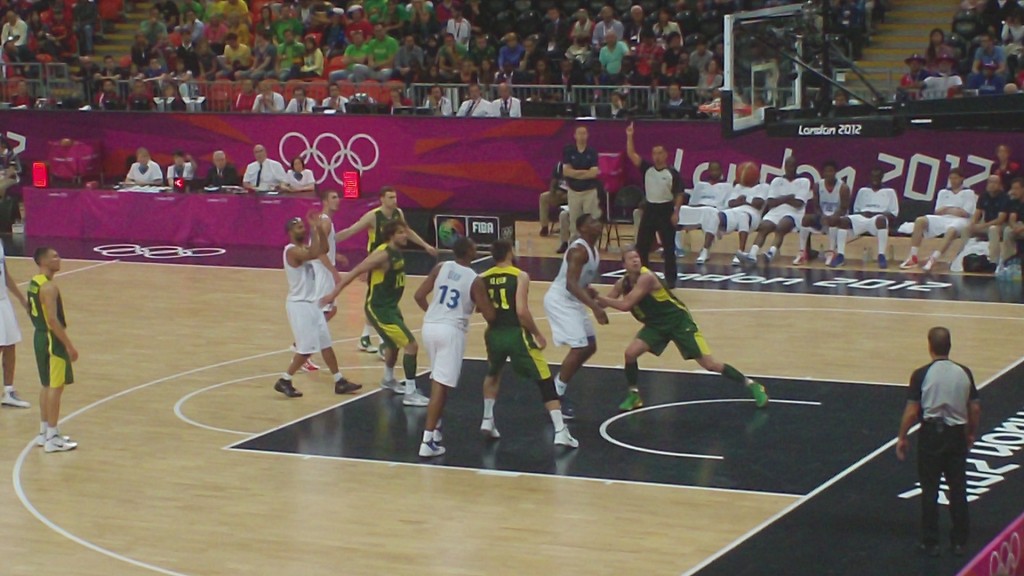 We were treated to a routine or two by Twist and Pulse of Britain’s Got Talent fame during the half time interval as well as during “Time Outs”. 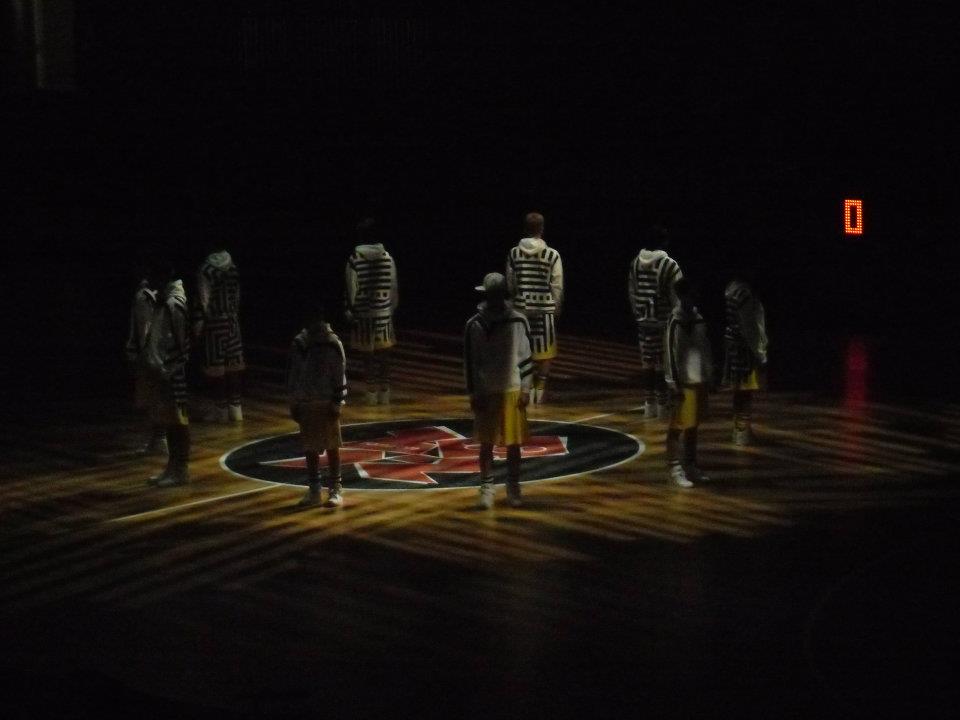 The commentators and camera men also did random things like “Kiss Cam”, this is where they track around the crowd with the camera broadcasting on the big screen and when they stop, the guy on the screen has to kiss the girl, this was very funny, especially when one woman showed her wedding ring to the camera, pointed to the guy next to her and mouthed it was not her husband! “Bongo Cam” was also amusing. Bongos are up on the big screen and they pan round with the camera. If it stops on you, you have to play the bongos that are on the screen in front of you. VERY FUNNY! It stopped on a girl about the same age as my youngest daughter, (2 and a half), and when she played the Bongo`s on the screen, I thought the roof was going to lift off of the stadium with the noise from the crowd! We had a good look round the site it was pretty impressive. 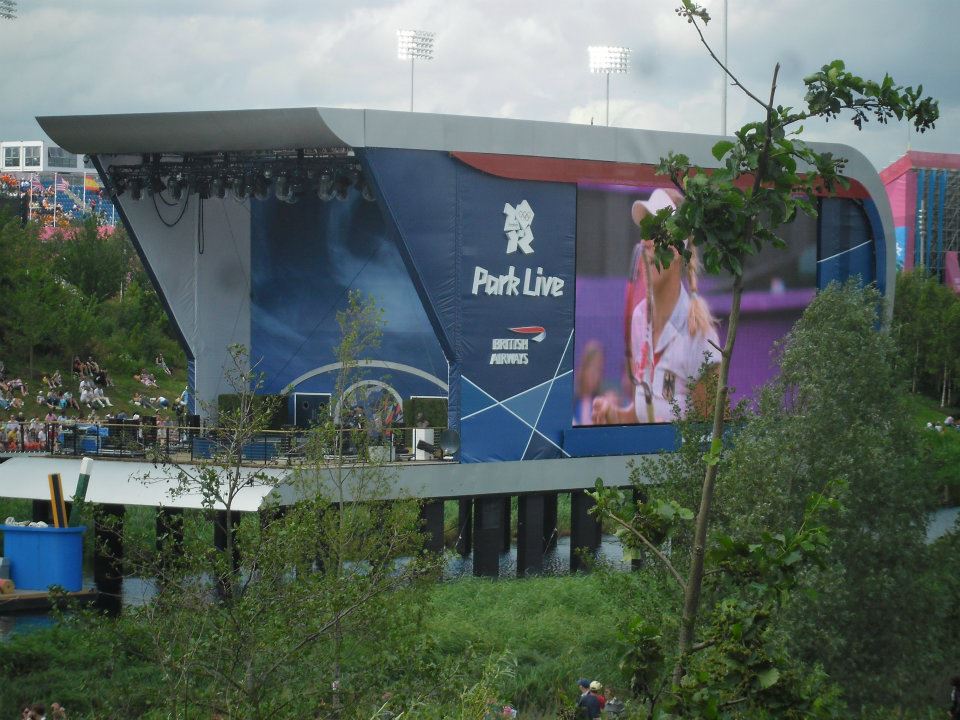 I met up with one of the Corporals from my unit, who was part of the security detail. She walked around with us as her shift had finished, we got lunch and then she walked with us to the bus park where we met with our transport to take us back to the park and ride. 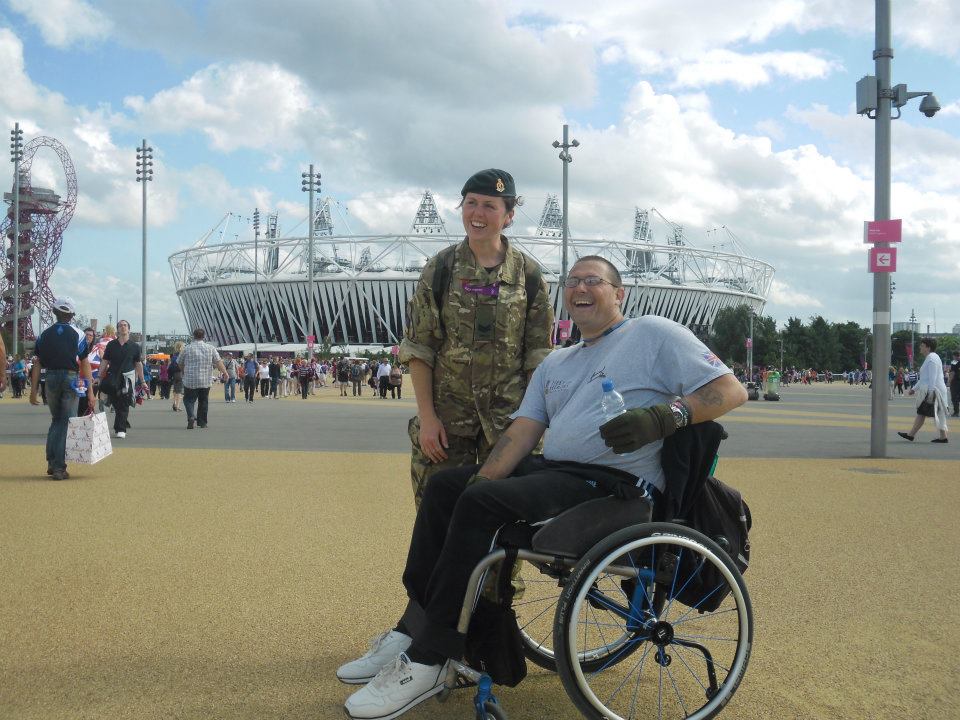 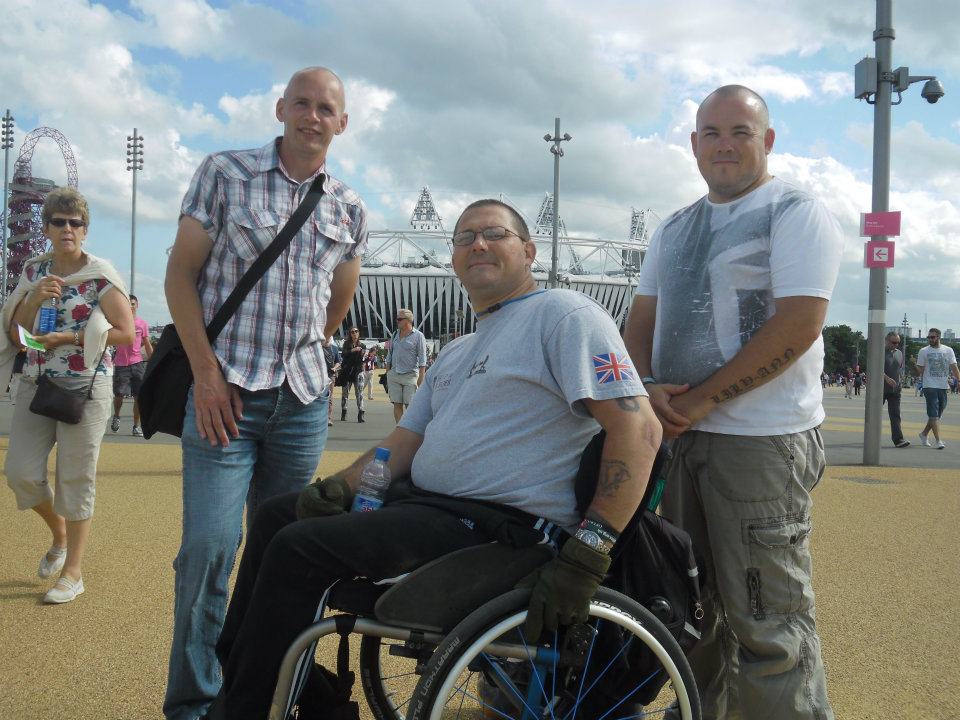 A great day out.

So, there is me, (I`m in the chair! ha ha), my friend Steve to the left and my step brother Darren, (ex RAF but I don`t hold it against him, ha ha), to the right.  I appreciate beyond words the gift of the tickets from Help for Heroes. My hope is that I may be able to take advantage of another offer in the future.
We eventually arrived back at my bungalow at 9.15pm, a long day but a great experience and a fun day out.
Uncategorized