Last night was awful. I couldn’t get off to sleep any sense and saw the clock reading 00.27 and then I was awake again at 03.00 where I needed to get out of bed. I felt a little like I could sleep at around 06.00 so got back in to bed but at 08.00 I was up again having accomplished nothing except going between Riverdancing and mimicking a stone slab, neither of which I might add were very bloody comfortable. As my Son was staying over and we were going out for the day though I got up as planned and also as planned we were out of the driveway on 09.15. We arrived at the Fleet Air Arm Museum Yeovilton at around a quarter to ten. I drove in to the car park and there was a middle aged guy in a high vis jacket to greet all of the vehicles, I knew he must be important because he was standing in a very officious (if not up his own arse) way, clearly full of self importance I humored him and rolled the window down for him to tell me what he wanted me to do. “If you could take this right turn and head to the end of the car park and park up continuing the row that has been started thank you, if you get any difficulties then there will be someone there to instruct you further.” Well it was nice to know that there would be someone to instruct me on how to park next to another car but I asked him if there was any possibility of a disabled space. “Oh, you need a disabled space do you?” I said that I would like one if possible more for the extra space it gives for getting the wheelchair alongside the car to get out, I also said that the stickers on the car windows were also a bit of a clue to which this guy said and I quote; “I don’t recognise the symbol in your windscreen as disabled, only the big square ones.” Now I am not going to lie, I was so shocked that this guy had said this that I did make a comment and it went like this….”So let me get this right. You are in charge of parking, you are a middle aged guy and you have no idea what the symbol on my windscreen means or represents, or even that the one on the front windscreen actually says in clear white capital letters DISABLED PARKING REQUIRED, are you kidding me? Maybe you should swap with one of the younger lads as I would like to bet that they would know what the symbol means.” This didn’t please the guy but then he confirmed to me that he was indeed the most stupid person I have come accross in the last few weeks when he told me to; “Drive to the guy in the yellow jacket and just behaind him next to the car on the end there is a space, it isn’t a bay but if you park there we will make it a bay.” Helpful? well not really as there were around 8 other people in the car park with yellow jackets on, holy shitballs, why do I have to be the one that finds these dickheads. Just so that you know what the windscreen and front quarterlight on my car have on them, here is a photo. 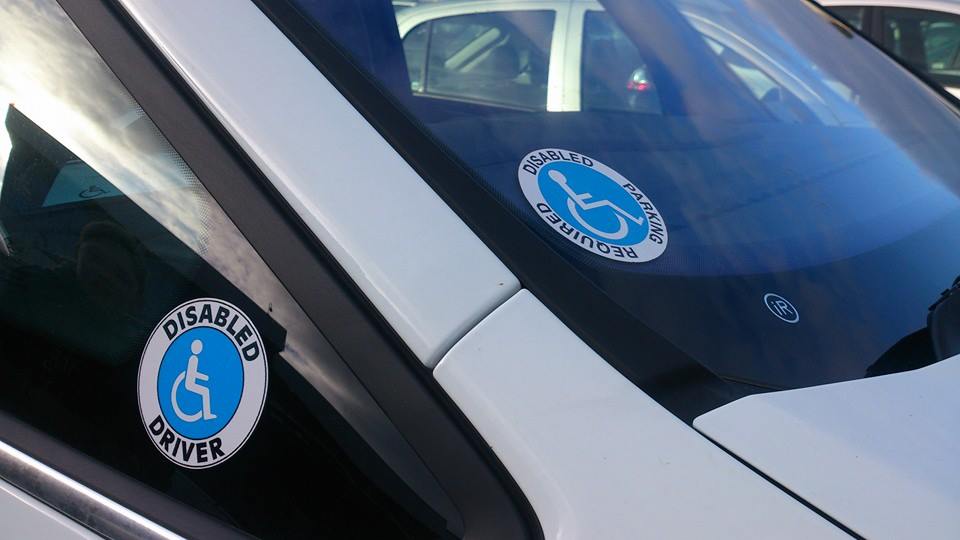 Still I am struggling to grasp that this guy has no isea what the symbol, that being a white wheelscair in a blue circle, means. Am I being thick? Anyway, I have the stickers there for self explanatory reason on the front and so that people can see that I am a disabled driver and hopefully leave me room for my chair. I thought it was a good idea and I have to be honest up until today it has been, I guess that you can’t be lucky and have someone with common sense all of the time eh?

My Son and I went in to the museum and had a look around the models to start with. The standard of some of the models was nothing short of incredible and I can only hope to achieve the levels of weathering and finishing that I saw today and I hope that I will be able to learn how to do it with the groups I have joined on FaceBook. My will power of not buying anything was going really well but then I lost concentration and ended up buying another 1:48 kit (because I absolutely don’t have enough to do as it is) and a couple of items to assist me while I build. Then we ventured outside where people were flying their radio controlled aeroplanes. So many very impressive aeroplanes including Spitfires, a Hurricane, a Sea Fury and a Hellcat. There were jets in the shape of the Red Arrows Hawk and a Hawker Hunter but this thing looked AMAZING in the sky and on the ground. Check out a miniature “VeRA”. 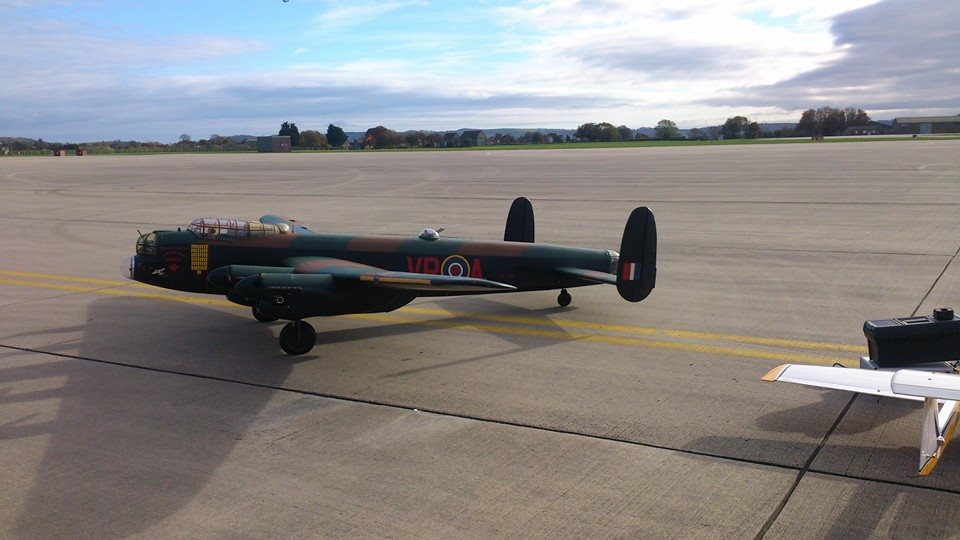 After watching the aeroplanes flying for a while we went back in to the museum and we looked around all of the exhibits. I was in there not too long ago but there were additions and removals since my last visit. “HUMPHREY” appears to have been put in to storage and had a Whirlwind in its place and the A109 that was “aquired” from the Argentinians has been replaced with a Dragonfly from what I could make out. That said it was very cluttered with the stalls and displays of models so I may just have missed them. My Son loved the carrier experience and I got to show him aeroplanes that my Dad, my Sons Grandad had been around when he was on the very ship that we were having a tour of (all be it a replica) and he was really excited about it. Having wandered around and looking at the aircraft as best as you could we headed off for lunch but the Swordfish Cafe was so rammed with people we decided to go for lunch somewhere else, but where could that be? So no prizes for guessing we went to the Stonemasons in Ilminster and after finishing lunch we headed up to my Brothers new place. Now, I am unable to get in to his place as there is a step (hmmm, not sure if this isn’t intentional actually!) and so we talked on the doorstep. He wants to try to find some way of me being able to get in to his place so I may have to see if I can get a ramp to leave at his place, for now though it isn’t a problem.

Tonight then it is going to be snacks and sandwiches for tea, then an hour on the x box with my Son and then an early night to try to get some sleep. Struggling a bit at the moment because of the lack of sleep last night so I hope for a better night tonight. I hope that your Saturday has been a good one, and that tomorrow is better still.